Distinct among his peers on the Bulgarian ice is an unquestionable young talent. His name is Ivo Gatovski, coached by the tandem Naiden Borichev – Daniela Velichkova at Ice Peak Club. He still wasn’t turned 16 when he made a debut in the ISU Junior Grand Prix (JGP) series at  Riga Cup 2013. Ivo finished 22nd (25th in the Short Program and 22nd in the Free) among 27 participants. The Bulgarian was the sixth youngest at this competition where at least four skaters had already taken part in senior European or World Championships. Gatovski takes 8th place at the Denkova-Staviski Cup, 17th place at the European Youth Olympics 2013 in Brasov. He finishes 25th at the ISU JGP in Gdansk.

After this poor experience for the young Bulgarian, Ivo Gatovski, as well as his coaching staff, are focused on the ISU World Junior Figure Skating Championships in Sofia. Anyway the boy needed some more points to cover the necessary standard for qualify. Ivo had problem also with an ankle injury during the first round of the National Championships. The team kept calm despite the suspense due to the additional participations Gatovski absolutely needed after New Year. But right at his first try, Ivo repeated his last season’s success and earned silver at the Dragon Trophy in Ljubljana. He was the only one among all skaters coming there with same mission, to reach the planned target.

“My greatest wish now is to skate clean short program in front of my own public in Sofia”, such are the expectations of the young Bulgarian figure skater for the biggest start in his short career.

“Our best hopes lie in the fact that with each competition, in which Ivo participates, his technical skills improve, even though his total of points for technical elements do not directly reflect his current actual abilities every time. We may say that since last August till now, or comparing the beginning with the end of the season, the score for his technical skills in the Free Skating has raised nearly 25 %. And in such a short time this is really a pretty good achievement. His skating fully corresponds to the requirements in this age group – 15-16-year-old skaters, and by no means falls short of his peers in the middle of classifications” Naiden Borichev, his coach, comments.

But if there is something truly remarkable in the short bio of the young skater, it is that Ivo

Gatovski is the first Bulgarian talent after the generation of talents like Ivan Dinev, Hristo Turlakov, Naiden Borichev in the late 90s, real new lion cub who successfully performs all triple jumps at this age. And he is the first to manage so well with the technical elements after more than 15 years. 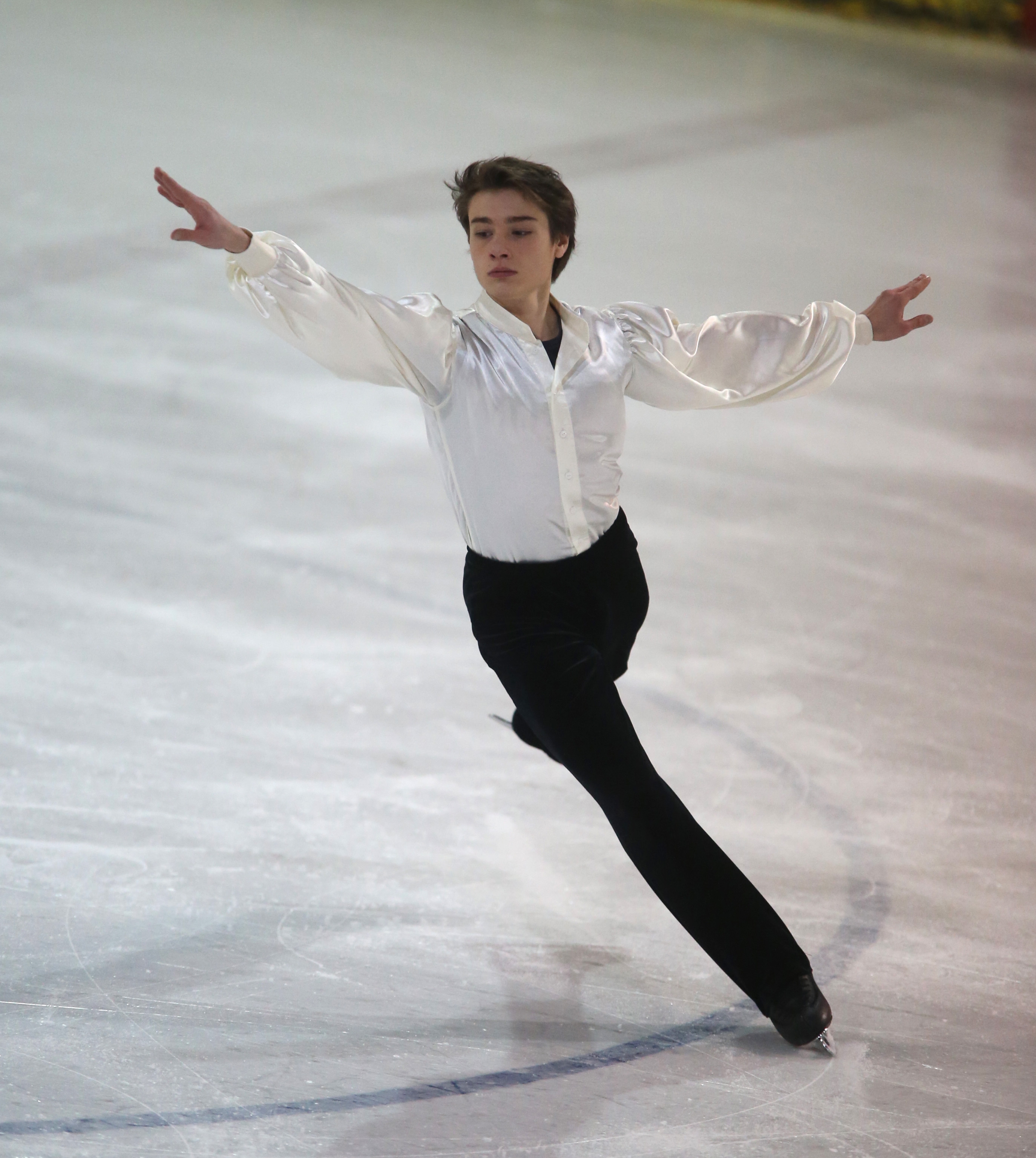 “The most important, however, is how he will proceed in the future”, the coaches insist. The World Junior Figure Skating Championships in Sofia, where he will receive the great support of his own public, is one of the main steps of the beginning of his big journey.

Another of Ivo’s strong sides is that he is able to concentrate at most important competitions, which is not totally the case at lower level events, when he is susceptible to slack up a little bit.

But the young boy advances with the good lesson from his favorite book “The Wonderful Wizard of Oz” in his head. The stories of the characters inside – Dorothy, Scarecrow, Tin Man, Lion – are stories of the way which everybody has to go alone to make their dream come true, realizing that the biggest obstacle usually is hidden deeply in yourself – the fears that emerge when you lose confidence. Let us hope that Ivo is well aware of this.

Note: The article is from the official book for the Championship.
Picture 1: Andriana Andreeva
Picture 2: Bonchuk Andonov

After bearing the flag in Sochi, Michael...

Rafael Arutunian: In sports all details are...