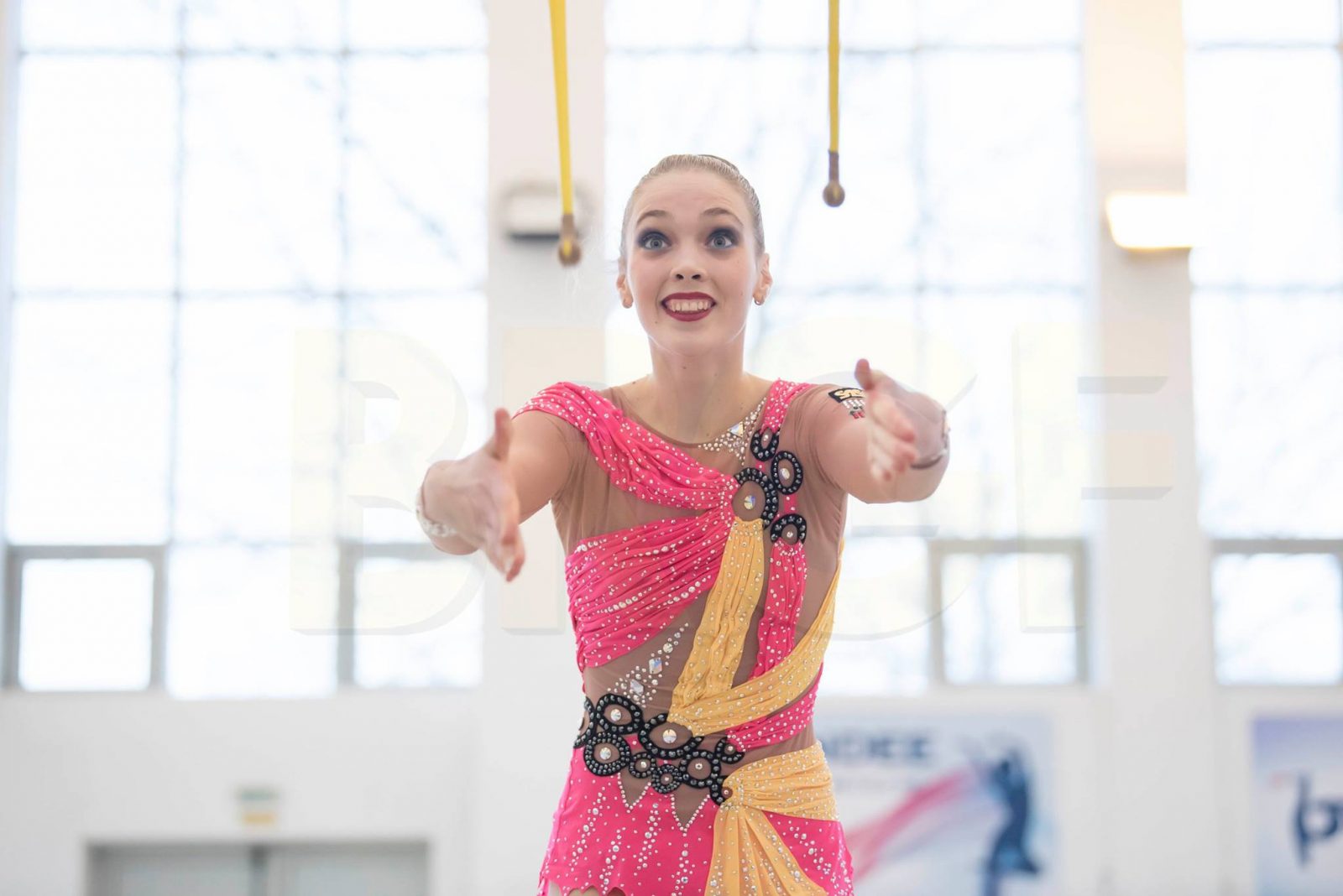 Surprising news followed the last control training of the junior national team of Bulgaria in rhythmic gymnastics, which was set to determine the participants in the YOG qualifications. The team’s leader Elizabet Yovcheva won’t compete in Moscow, even though for a long time it seemed like she was our only certain competitor. Because of a heavy flu, Eli missed the control training on Jan 31st and finished 3rd today, behind Tatyana Volozhanina and Anna Kelman, which will fight for a spot at Buenos Aires for our country. “It was a very difficult decision, I feel very sorry that Elizabet wasn’t able to show what she’s capable of, but sadly she got sick, she didn’t train for a long time and at this point she is still not in the sports shape required to represent Bulgaria.”, said head coach of the junior team Silviya Stoyneva. According to her, Tanya showed the required mental stability in order to endure the pressure in the russian capital, and Anna is able to attract the viewers attention with her emotivity and artistry. Regarding the upcoming Europeans in Guadalajara in June, Stoyneva admitted she really wishes to send a full team of 4 (from 4 possible) gymnasts – “This will be decided from the International tournaments. I’ll do my best to let everywhere compete as many girls as possible, so we can see how they handle themselves psychologically and how they’re viewed by the judges.”

Anna Kelman and Tatyana Volozhanina to represent Bulgaria at the YOG qualifications was last modified: февруари 8th, 2018 by Mariya Cherneva