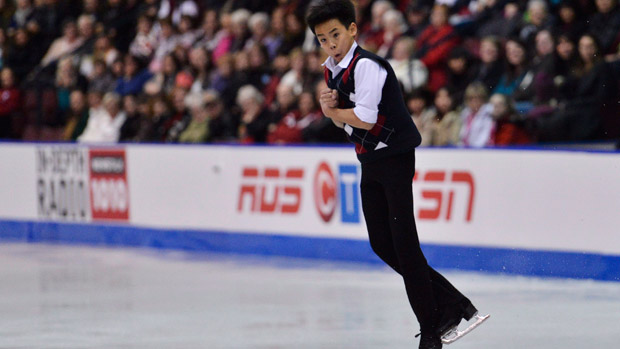 Canada has historically done very well at the junior world championships with a total of 33 medals, including three men’s titles, a women’s crown, three pairs gold medals, and one ice dance championship since the inaugural event in 1976. The last acquisition was the silver in Junior Pairs, gained in 2013 Worlds by Margaret Purdy /Michael Marinaro.

The attention at the 2014 Junior Worlds in Sofia is turned actually  to Nam Nguyen. The boy made history when at 12, defeated skaters seven years his senior to become the youngest person to win the Canadian junior men’s figure skating title. Now it will be his third participation at Junior Worlds (12th last year). The 15-–year-old Toronto skater ranked 5th among the Canadian veterans such as reigning world champion Patrick Chan at the 2014 National senior Championships, informs isujworlds2014.bsf.bg.

From 2013 Junior Worlds to Sochi: 10 skaters made the big jump

Junior Wolrds in Sofia was opened with...

For a New Bulgarian Miracle in Ice...