Taking a look at the rivals: Ukraine and Italy preparing only one new routine, Russia “winks” to the “golden girls” 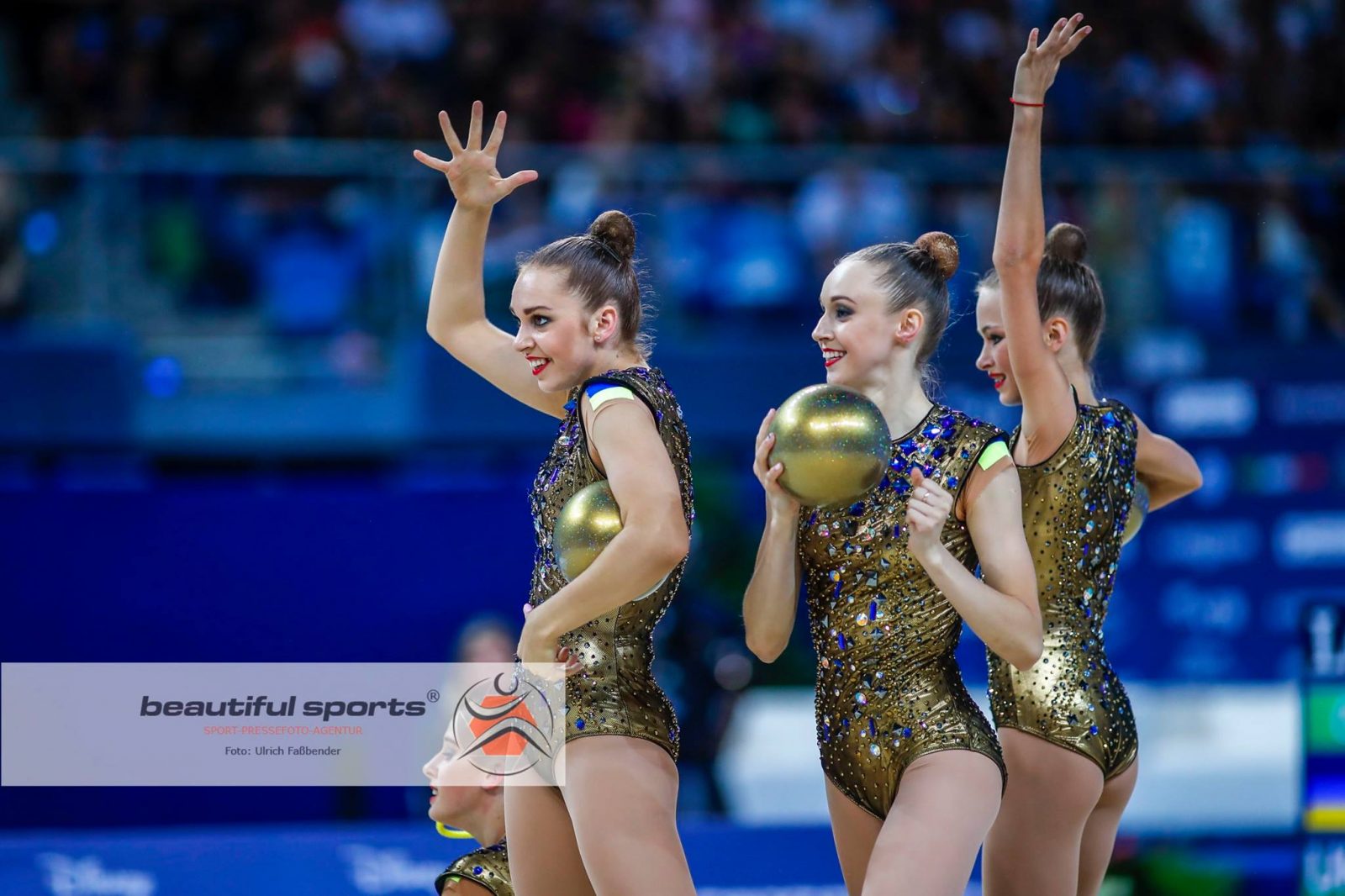 There’s little to no time left till the official start of the new season in rhythmic gymnastics and the groups are preparing for a fierce fight, at the end of which will be handed out the first 3 spots for the Tokyo Olympics.  The bulgarian has been keeping fans in the dark regarding the music choices, but what we know for sure is that the two routines are entirely new and different from the previous ones. As it turns out, though, that’s not what some of our biggest rivals are betting upon. In her typical style, Emanuela Maccarani has chosen to keep one of the italian group’s exercises – the hoops one to music from “Swan Lake”, which brought them the world title on home soil, in Pesaro. However, there will be some changes made regarding the collaborations and exchanges and the new requirements of the CoP.  On the other hand the upbeat “Diamonds are a girl’s best friend” will be replaced by a remix of the evergreen “Eye of the tiger”, combined with the theme from “The Matrix” – “Clubbed to death”. The members of “squadra azzura” are Alessia Maurelli (captain), Anna Basta, Martina Santandrea, Martina Centofanti and Agnese Duranti, with only Beatrice Tornatore, who’s currently injured, missing from the team that performed at the worlds.

From the official instagram of the ukrainian team, we find out that their group, led by a new captain, will keep the mixed exercice, with the accompaniment of “Marry the night” by Lady GaGa, which was a crowd-favorite during the entire 2017. And so, a “nod” to the bulgarian audience we could possibly expect from their new 5 hoops routine.  Valeriya Khanina, Anastasiya Vozniak, Valeriya Yuzviak, Diana Myzherytskaya, Daria Kobets and the new addition Alina Bykhno are expected to make their debut for the year at the “Miss Valentine” tournament in Estonia, as usual, skipping the Moscow Grand Prix, which is held at the same time.

The russians, on their side, are drastically changing the style of both their routines. We could say that the music, chosen for the hoops is a “wink” to the “golden girls” from the previous group. The eternal “Moonlight Sonata”, which accompanied one of the most beautiful and powerful compositions of Iliana Raeva’s girls, is used as a motive in the song “I’m no angel” by the french new-age group “Era”. Faithful to themselves though, in the last part of the exercise “sbornaya” drastically change the music to a dramatic performance of the “Ode to joy”. Something that in a way could be defined as a mockery, coming from a country like Russia. Despite the new, more moderate music, the balls and ropes routine is almost entirely the same as last year’s, which brought them the first place at the Worlds. The two new routines were presented by the same team as in Italy (Anastasiya Bliznyuk, Anastasiya Tatareva, Mariya Tolkacheva, Mariya Kravtsova, Kseniya Polyakova and Evgeniya Levanova) at the last Grand Prix for the 2017 season – in Eilat, Israel, but we can’t be certain that those are gonna be the ones we’ll see at the World Championships in Sofia in september.

Taking a look at the rivals: Ukraine and Italy preparing only one new routine, Russia “winks” to the “golden girls” was last modified: януари 8th, 2018 by Mariya Cherneva