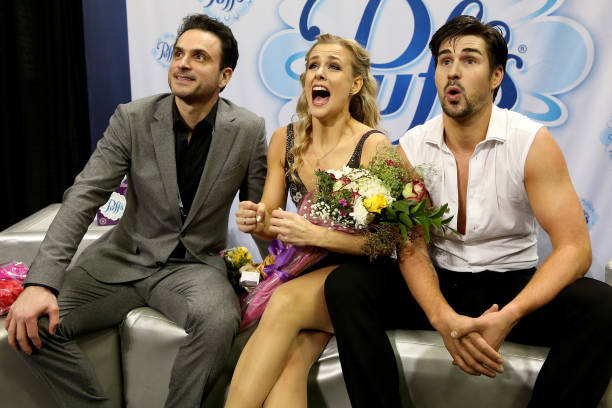 Madison Hubbell and Zachary Donohue are the new US champions in dance pairs. This is the first title for the team at their eighth participation. The winners of the last two seasons Maya and Alex Shibutani finished second, and third are winners from 2014 Madison Chock and Evan Bates.

The competition evolved in an interesting way, with the leaders in the short dance and the favorites of the judges, brother and sister Shibutani received a third mark forfree dance and finished with a total of 196.93 points. With two second places, Hubbell and Donohue gathered 197.12 points for the win. The best in the second race day were Chock and Bates – 196.60 points. The first three pairs were gathered at about half a point.

The question is if the American judges, respectively federation, now favors Madison and Zachary, while the Shibutani have been the favorite in the last three seasons. It is interesting whether this will also reflect the Olympics.

Otherwise, the three couples make the Olympic team with the first reserve are Kaitlin Hawayek and
Jean-Luc Baker, who finished fourth.

New surprise from the US Nationals and first title for Hubbell and Donohue was last modified: януари 8th, 2018 by viya

Taking a look at the rivals: Ukraine and Italy preparing only one new routine, Russia “winks” to the “golden girls”