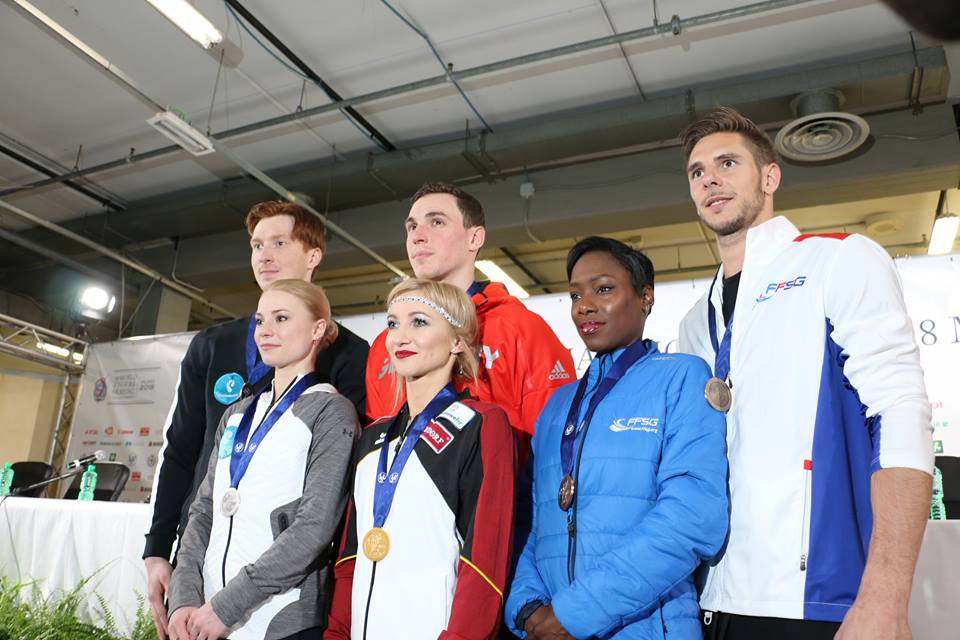 Olympic champions Aljona Savchenko and Bruno Massot won the short program at the ISU World Figure Skating Championships in Milan (Italy). This is their third season together and they have bronze and silver medals, no gold yet. Second and third in the ranking are Evgenia Tarasova/Vladimir Morozov (Russia) and Vanessa James / Morgan Cipres (France).

Aljona and Bruno received 82.98 points (personal record) for their performance of a funny music program by Caro Emerald. They bet on the sure jumps and took the level of difficulty 4 for all the elements. Very close to them, 81.68 points are the young Russians, who missed the Olympic medal. They also did perfect performance on Sergei Rachmaninov’s music. As is well known, coach of Evgenia and Vladimir is the long-time partner of Aljona Savchenko Robin Szolkowy.