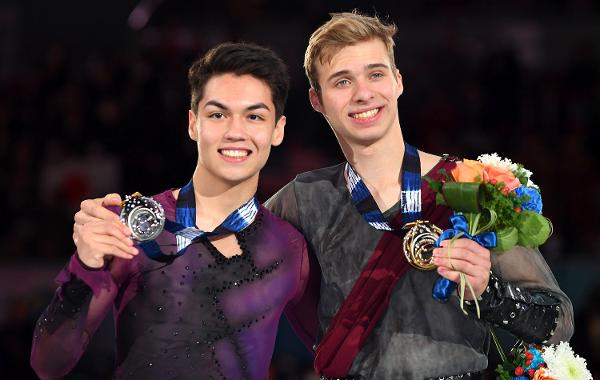 The first two of the Junior Grand Prix final Alexei Krasnozhon and Camden Pulkinen together with Timoki Hiwatashi are the US team for the figure skating Junior Worlds in Sofia from 5 to 11 March. Reserves for men are Maxim Naumov, Andrew Torgashev and Dinh Tran. Pulkinen won the national title a few days ago and the Grand prix champion Krasnodan finished eighth in the World Cup a year ago.

The ladies consist of Star Andrews and Ting Ciu. Andrews took part in the women’s event gaining sixth place. For her, this will be the second Worlds after the 12th in 2017.

The pairs are Sarah Feng / TJ Nyman and Audrey Lu / Misha Mirofanov. Both teams will be debutants at this level.