Antoni Ponomarenko: My mom said she still loves me 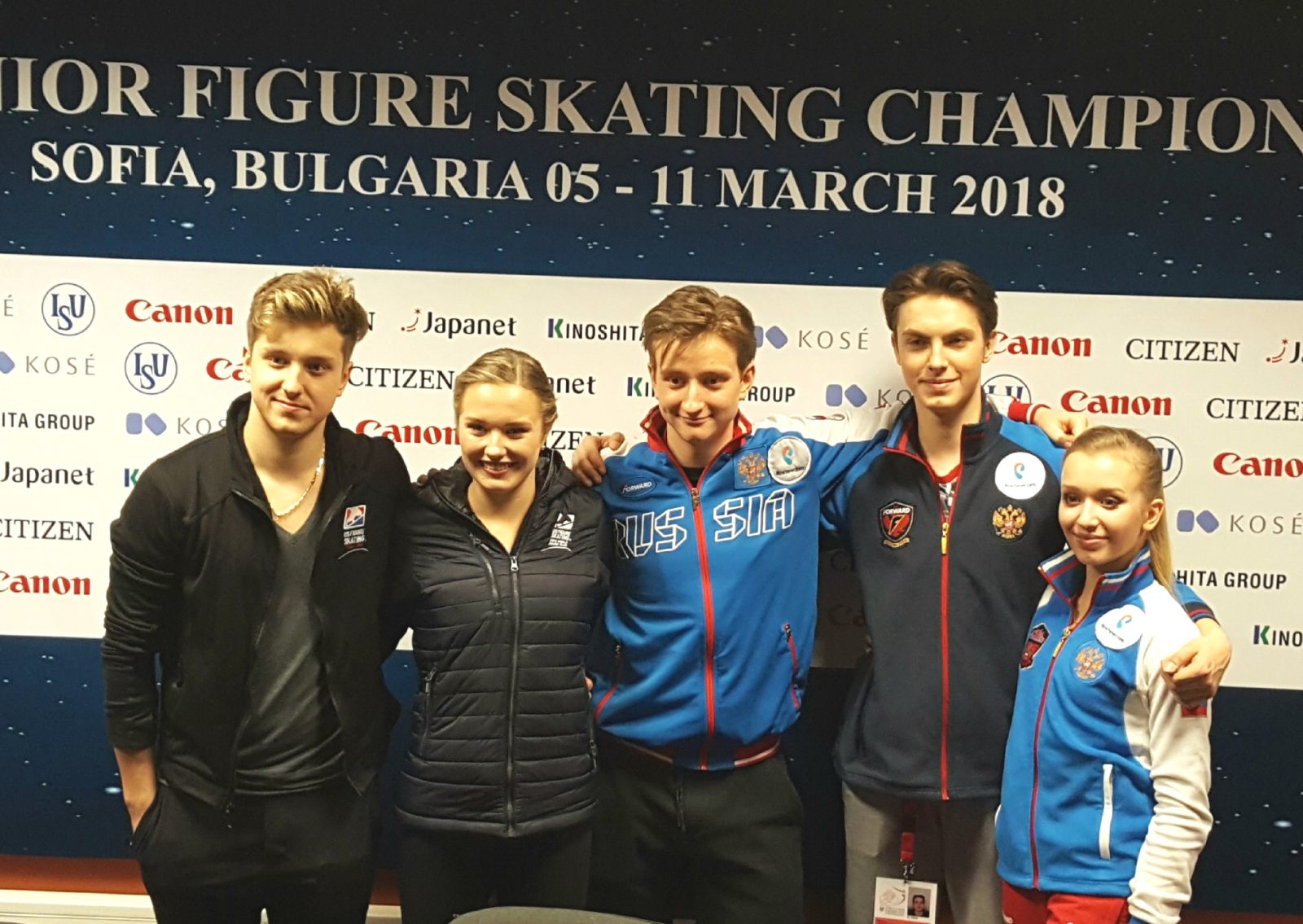 Christina Carreira and Anthony Ponomarenko won the silver medals at ISU Junior World Figure Skating Championships in Sofia despite 6th place in short program after huge mistake of the partner. In Sofia to watch her son is the Olympic champion and three time medalist Marina Klimova. Asked about what his mom told him after the mistake he smiled: She said that she still loves me. He also said that his parents Klimova and Sergei Ponomarenko are his idols and examples. All other medalists at Junior Worlds admire Tessa Virtue and Scott Moir.

At the press conference champion Kirill Aleshin was without his partner Anastasia Skoptcova. Very happy from the bronze were Arina Ushakova and Maksim Nekrasov.

„It was very good year for us. At the 10th scale I give us 9. I could do some things better but Nastia was great. This medal is great motivation for us for the next season that we will plan to compete at senior level”, Aleshin said.

„We were very disappointed after the short dance, wanted to show two strong skates. Today we did some technical mistakes but were much better. Igor said to go and have fun”, Christina added.

„At the beginning of the season I said in an interview that we have huge plans and they happened. We are staying juniors and want to win next Junior Worlds”, Arina explained.

Antoni Ponomarenko: My mom said she still loves me was last modified: март 10th, 2018 by viya