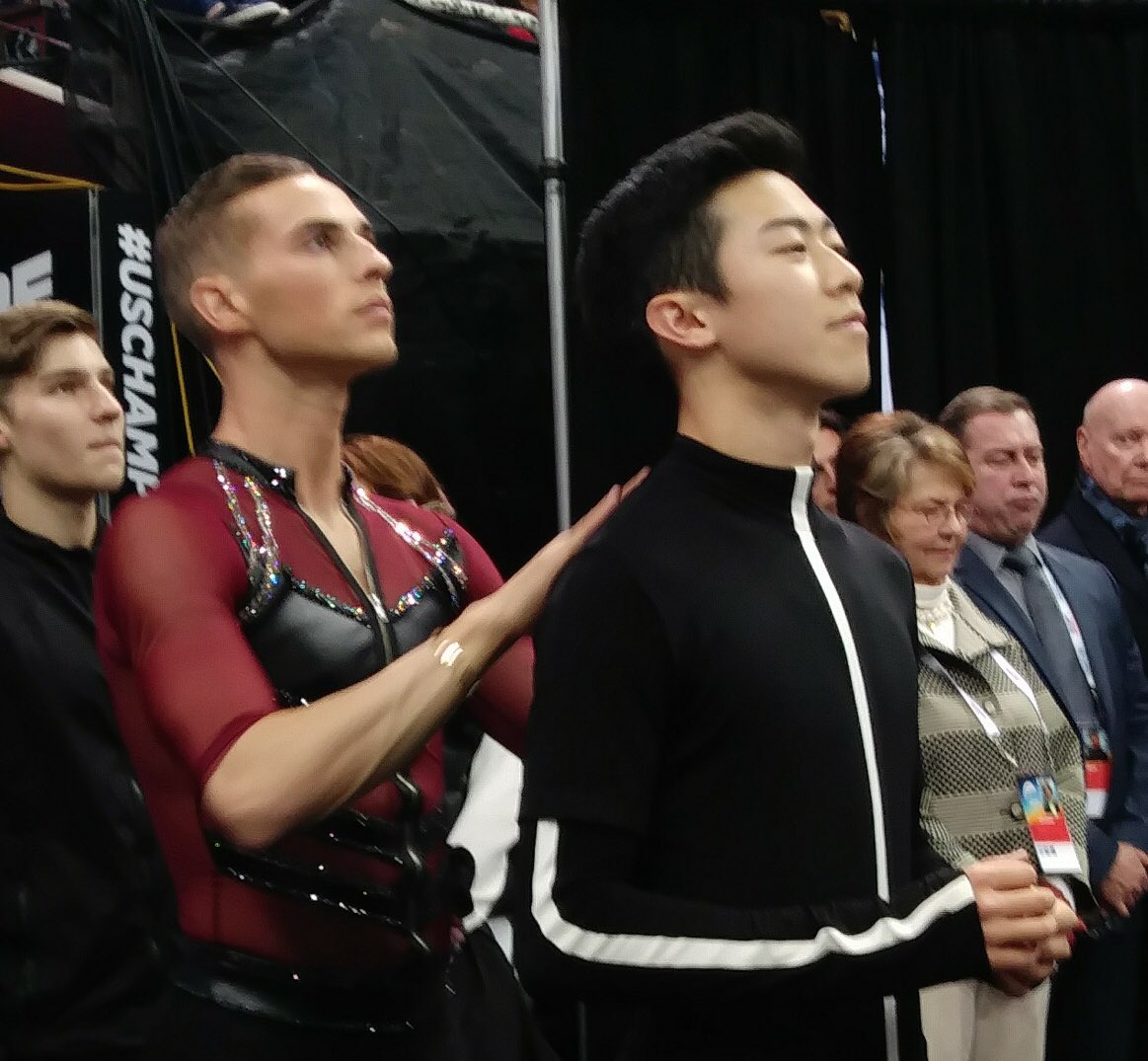 As we all know Chen was favorite after his second amazing season and his new national title. It was interesting about Rippon who finished fourth but received the place due to his strong Gran prix season with first and second places and fifth in the final. Zhou ended last season as the 2017 World Junior champion.