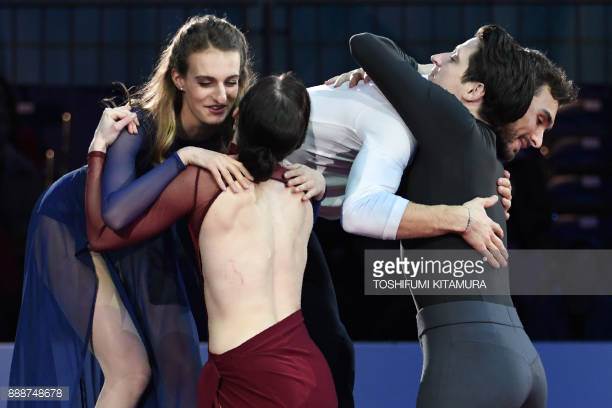 I have often thought of how a coach works with more than one elite skater, how he can hide his preferences, are there any. And I confess that I am more than impressed by the top coaching trio in ice dancing at the moment – Marie-France Dubreiul, Patrice Lauzon and Romain Haguenauer. Another interesting question is whether judges can be fair in a judging sport such as skating. We answer the two questions after checking the protocols from the Grand Prix Final. In it, Gabriela Papadakis and Guillaume Cizeron (France) won with 202.16 points, leaving behind the 2010 Olympic champions Tessa Virtue and Scott Moir (Canada) – 199.86.

Tessa and Scott stayed with silver four years later in Sochi, where the Canadian media accused their coach Marina Zueva in preference towards Americans Meryl Davis and Charlie White.

After their come back Tessa and Scott chose to work with their friends Dubreiul and Lauzon. The specialists had already established themselfes with Papadakis and Sizeron.

In the final, the two top teams stood up against each other for the first time in the season and recorded a great presentation on both racing days. From the published protocols we see an interesting fact. For short and free dance, both teams have the same planned difficulty – 31.80 and 41.90 points. Levels of difficulty are also the same. So the outcome of the race is not solved in advance, but left at the feet of the couples. Great job by the coaches.

With the judges, however, this is not the case. They are ruled by principle “everyone helps theirs”. Judge number 6 in the final is Leanna Caron (Canada), and Number 8 – Christine Hurth (France). Even in the short dance we see that the two were far more favorable to theirs than to their main competitors. The Frenchwoman even gave Tessa and Scott’s rotation lift in short dance plus 1 while for comparison the other eight referees chose + 3. For his free Gabi and Guillaume received 4 of 5 possible 10s of their “judge” who also in both performances did not give any ten to Tessa and Scott. The Canadian, in turn, ha sbeen slightly more delicate.The smaller competitions have seven judges. If we remove the Canadian and French one for the short dance we notice that Gabi and Guillaume will receive 38.6 points (they got 39.14) and Tessa and Scott 38.98 points (got 38.97). Papadakis and Sizeronhave a half-point difference only in the performance. Can this decide the victory? No, because the highest and lowest scores are dropped. Still, it is interesting to see how judges defend their competitors. 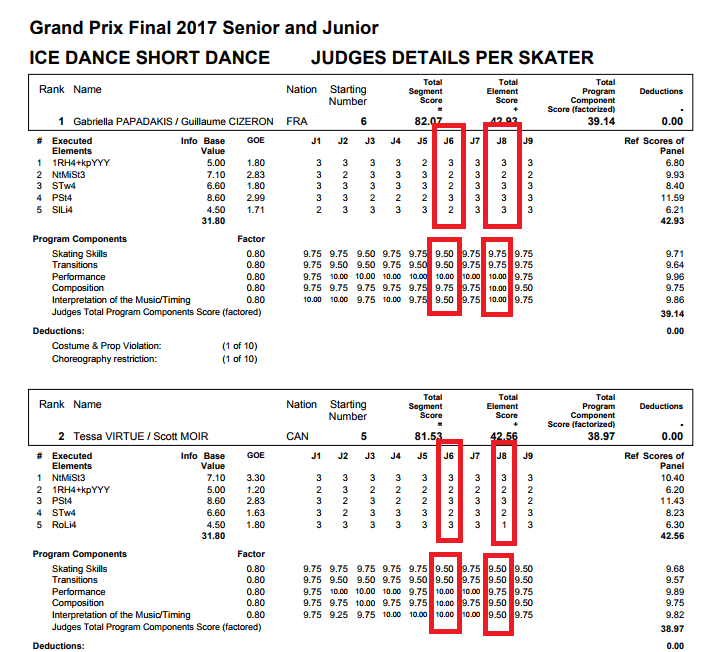 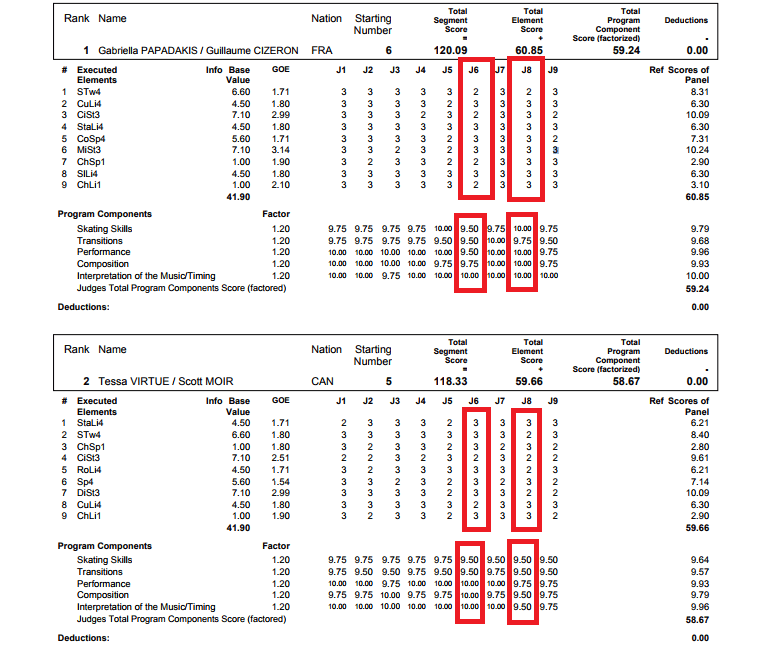