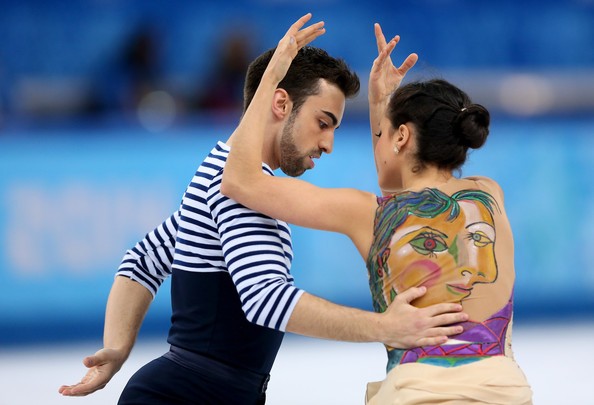 In Spain, the situation is interesting. The country has two Olympic quotas for men – one for Javier Fernandez and one for Javier Raya or Felipe Montoya. Former partners Sara Hurtado and Adria Dias will stand against each other for the right to start at the Games. The 13th place in Sochi was obviously fatal to them and after a season they parted – Sara continued with Kiril Khaliavin and Adria with Olivia Smart. Fortunately, their partners received Spanish passports.

The Italians also hold their championship this week. Squadra adzzura has 2 quotas for couples and dances, with no doubt that Nicole Della Monica/Matteo Guarise, Valentina Marchei/Ondrej Hotarek, Anna Cappellini / Luca Lanotte and Charlene Guignard/Marco Fabbri will be going to the Olympiad. For ladies as well as Spain, one quota is for Carolina Kostner. The other had to be for Roberta Rodeghiero but she did not compete due to illness. For men, Matteo Rizzo won the quota, but Ivan Righini improved his shape recently.

European medalists Vanessa James and Morgan Cipres will miss French championshio. Vanessa has an injury from the Grand Prix final. Here, I do not think the championship is decisive for the Olympics, but it will be interesting to watch the clashes between Laurine Lecavelier and Mae-Berenice Meite and Chafik Besseghier and Kevin Aymoz.

Aliona Savchenko and Bruno Massot, who set a world record recently, will poarticipate in the championships of Germany.

My favorite competition The Four Nnations will be held over the weekend, which is an example of how smaller teams can run their national championships together. This year host is Kosice (Slovakia) and also Czech Republic, Hungary and Poland are participating. For women and men there are 19 skaters, and for ice dance six.