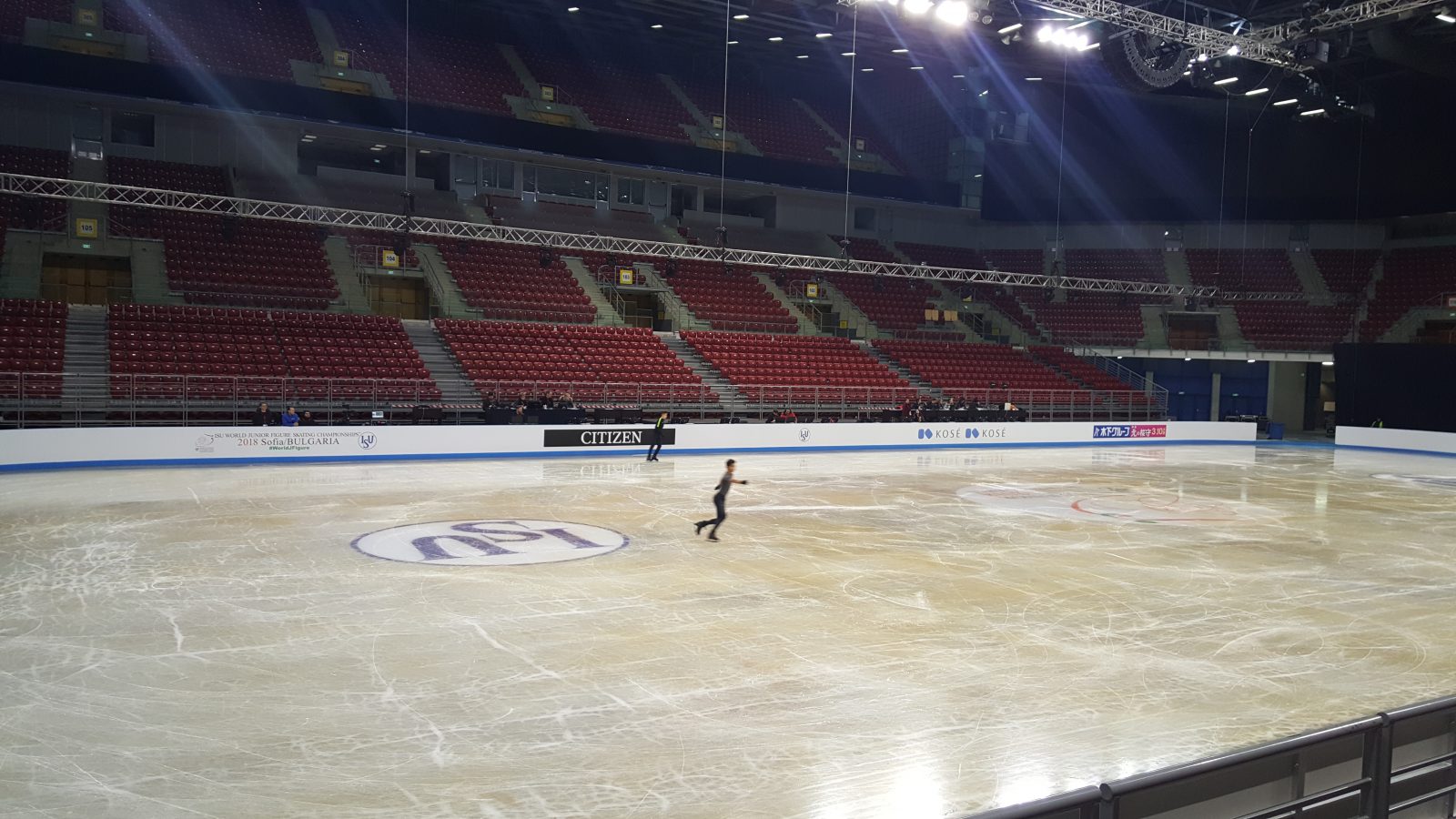 Beauty in sport is reporting live from ISU World Junior Figure Skating Championships in Sofia. In the morning ice dacers had their training at the main arena. Junior men were at the practice rink and now started on the main.

Only two skaters appeared on the ice from Group 2 Gabriel Folkesson from Switzerland and Luc Economides from France. The French did the free program but did not try jumps. He was closely watched by his coach Florent Amodio.

2 skaters in group 3. Basar Oktar from Turkey did a short without jumps but after did pretty impressive attempts including high triple axel. Kim Georgs Pavlos from Latvia is not impressive with Singin’ in the Rain.

Ukrainian Ivan Shmuratko was seen with neon green gloves and shirt. While his compatriot Ivan Pavlov showed the difference between juniors and skaters with senior experience and funished with huge triple axel.

Things got serious with group 6 with Americans and Canadians. Camden Pulkinen fell twice on jumps during short with music and once more before the end. After that had pretty good triple jumps. Timoki Hiwatashi impressed with beautiful skating and more beautiful Ina Bauer but was little out of breath at the end. Alexei Krasnozhon spend most of the practice with thick jacket but started with quad. He felt twice in the free run through.

Very fast on the ice and fast jumps by Canadian Conrad Orzel. Joseph Phan had wrong music but jad huge confidence despite the falls.

Team Japan looks weaker this Junior Worlds. Mitsuki Sumoto did better than Sena Myake. British Luke Digby was little behind the other skaters in the group. Matteo Rizzo did the short program without jumps and spins but what a upper body movement. I will be honest, I am his huge fan. After that had two solid triple-triple combinations.

Later today are the girls. Russian team will also miss the training.