I, Tonya brought a Golden Globe to Allison Janney 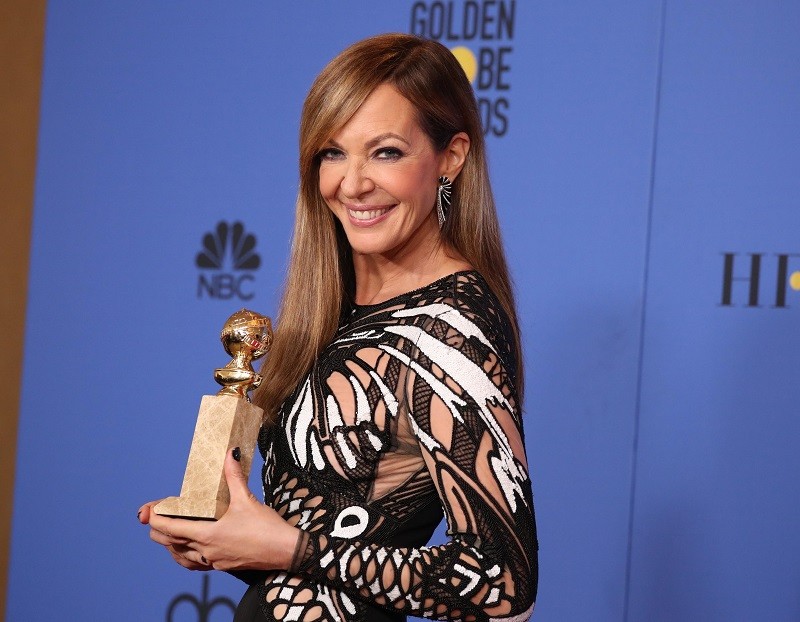 75th Golden Globe Awards – Photo Room – Beverly Hills, California, U.S., 07/01/2018 – Allison Janney poses with the award for Best Performance by an Actress in a Supporting Role in any Motion Picture for „I, Tonya“. REUTERS/Lucy Nicholson

Allison Janney received her first Golden Globe award for portrayng Tonya Harding’s mother in „I, Tonya.“ For her, this is the first trophy of six nominations. “I would just like to thank Tonya [Harding] for sharing her story,” Janney said during her acceptance speech, pointing out the Olympic figure skater sitting in the audience. “What I love about this movie… what this movie did is tell a story about class in America, tell a story about the disenfranchised, tell the story about a woman who was not embraced for her individuality, tell a story about truth and the perception of truth in the media and truths we all tell ourselves…. It’s an extraordinary movie and I’m so proud of it.”

She plays the role of Lavona Golden – the evil, harassing Harding’s mother who pushes her daughter (Margo Robbie) into the world of skating. Robbie was nominated for a lead role, and „I, Tonya“ for the best movie in comedy or musical.

I, Tonya brought a Golden Globe to Allison Janney was last modified: януари 8th, 2018 by viya