No compromise, Ashley Wagner did not make the Olympic team 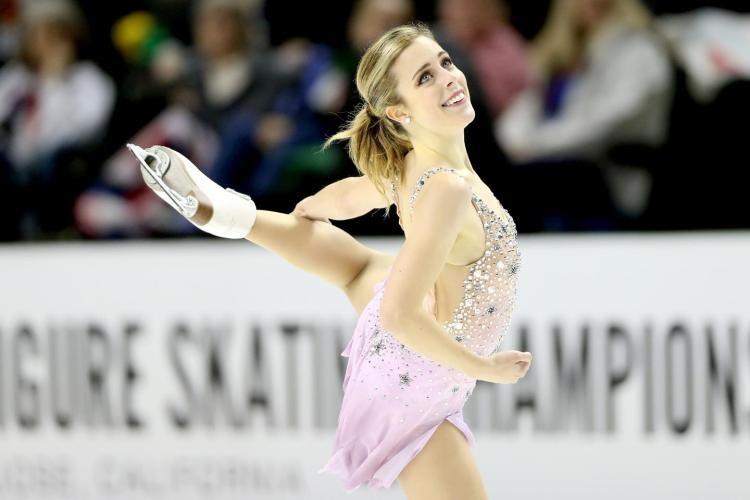 Ashley Wagner did not made the US team for the Olympics. The first three of the national championships – Brady Tennell, Mirai Nagasu and Karen Chen – are going to the Games. Wagner, Mariah Bell and Angela Wang are reserves. Wagner is fourth.

The subject is extremely interesting because Ashley’s situation has repeated this since 2014. Then the US officials decided to send her to Sochi instead of the third-placed Nagasu.

It is very special that Mirai who recorded the amazing 4th place in Vancouver when she was only 17 years old later was not included to the Sochi team. After the initial disappointment, she did very well and continued to fight by adding a triple axel and being in the shape of her career just at the right moment.

Tennell won her first title with 219.51 points. Nagasu is second with 213.84, Chen received 198.59 and Wagner 196.19 points. In the standings follow Mariah Bell, Starr Andrew, who will see the World Juniors in Sofia, Angela Wang and Amber Glenn.

Wagner performed a new “La La Land” music program. The truth is that she once again fought to the end – for each jump and every point, but performed a single instead of a triple salchow in the combination that costed her the third place. Ashley, however, received an unusually low performance score, nearly 2 points less than Tenell and Chen.

When she saw her score she was disappointed, then wrote to Twiter: “As an athlete, I’m allowed to be mad. As a senior competitor with over 10 years of experience, I’m allowed to question things. At the end of the day, I laid out my best and I’m going home proud! Congrats to the lovely ladies of the team, you’ve got me in your cheering squad now”.

No compromise, Ashley Wagner did not make the Olympic team was last modified: януари 7th, 2018 by viya

Nathan Chen defended his title, we are waiting for the Olympics team