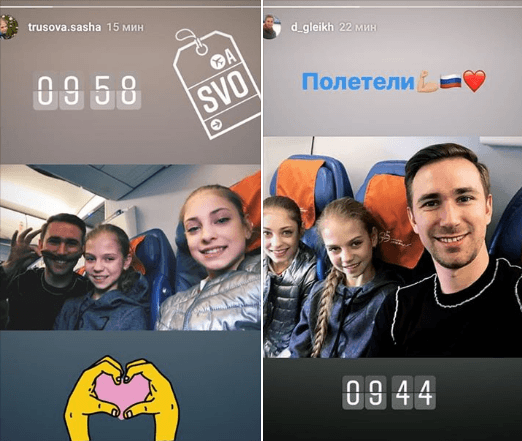 The most successful coach in the women’s figure skating in the last 5 years Eteri Tudberidze won’t be coming to Sofia for the World Junior Figure Skating Championships. As we know, at the Pyeongchang Olympics she led her two competitors Alina Zagitova and Evgenia Medvedeva to the gold and silver medal, respectively. In Sofia we’ll see two other students of hers, who are also favorites for the top of the podium – Alexandra Trusova and Alena Kostornaia. This morning the two girls set off for Sofia with their coach Daniil Gleikhengauz.

Four years ago, again in Sofia, Medvedeva won the silver medal. Back then she was in Bulgaria with the third coach in Tudberidze’s team  – Sergei Dudakov. Traditionally, the girls travel with Gleikhengauz who is also the main choreographer.