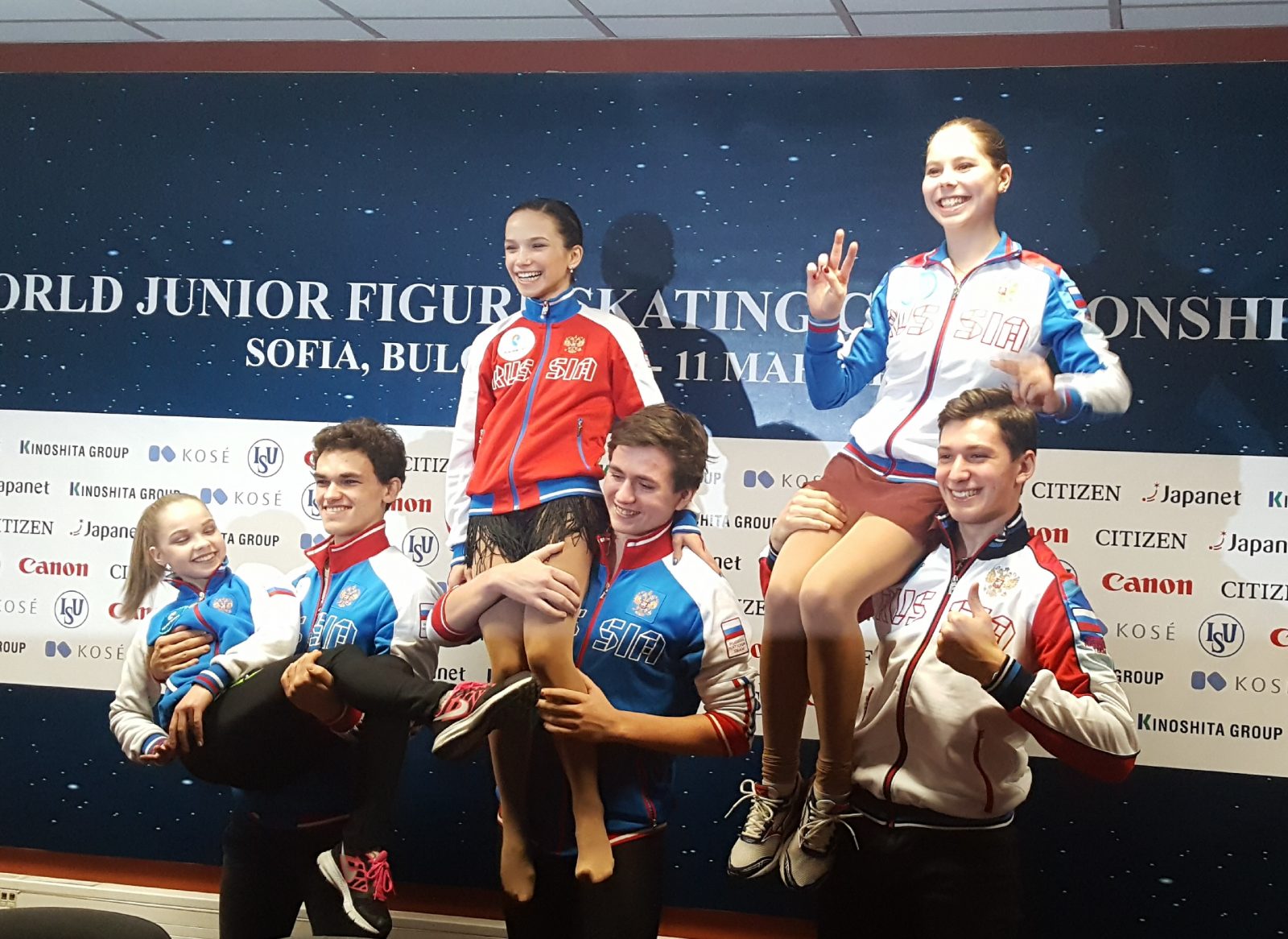 “At the Olympics, I was the happy about Aliona, how she worked until everything happened. When I look at her, I understand what is perfection”, Pavliuchenko said. “I liked Alyona and the Chinese Suo and Han. Aljona is a role model, with Bruno she transformed herself. While the Chinese are like one, a pair that breathes together”, commented Yalin, and his partner added:” I agree with Dasha and Dima, but let’s not miss the Russian contestants, we believe in them.”  Mishina honored the great competitor, but added that she likes Evgenia Tarasova and Vladimir Morozov.

Anastasia and Alexander spoke about their short program – Robbie Williams’ Party Like a Russian. “First of all, we had another short program, a totally different music, and we did not want to change it. The coaches offered us this song and we again refused. Then they made us try at training and so it happenned. We also made new costumes. We are certainly very pleased with this idea, “Galiamov said.