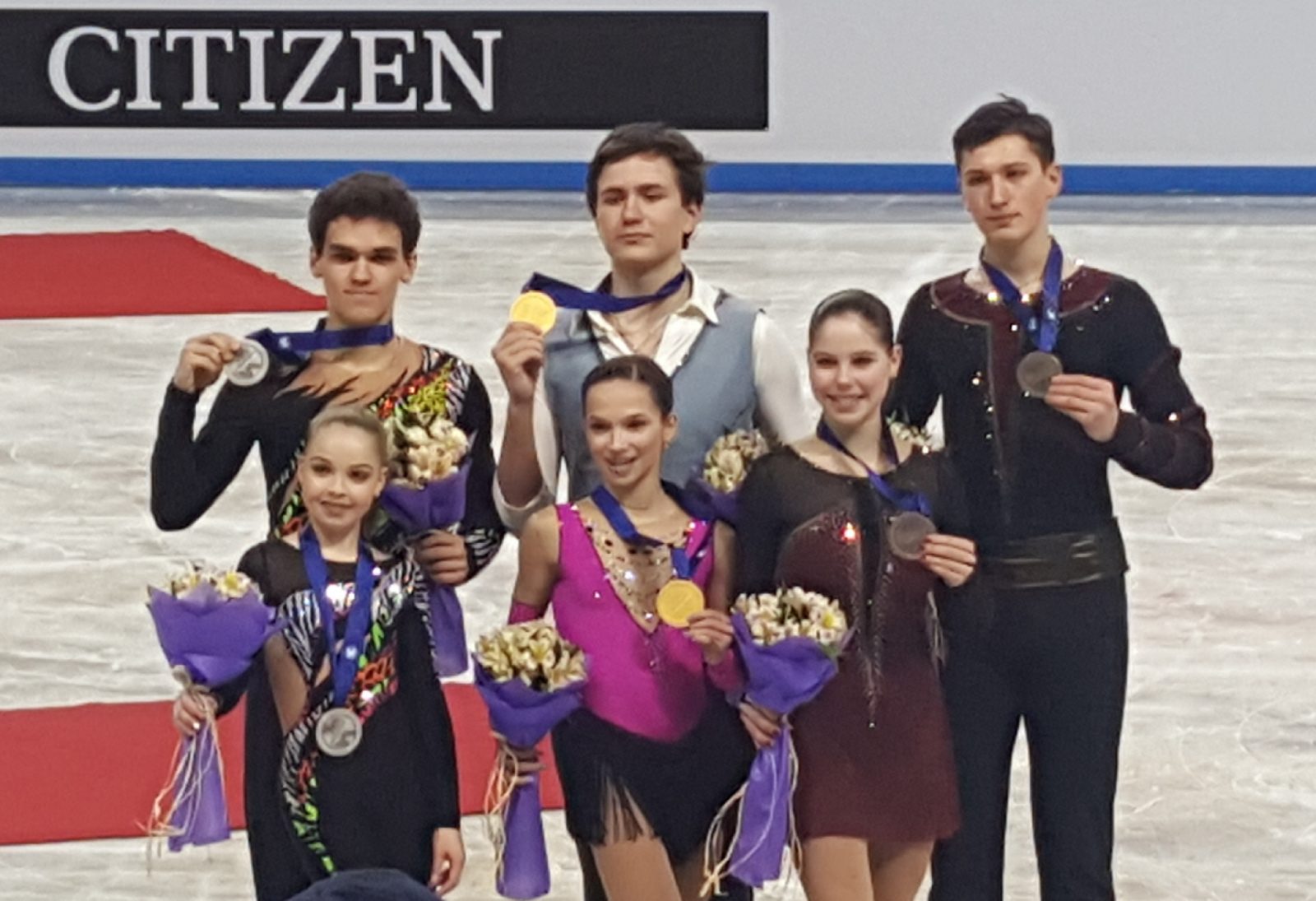 For the third time in history Russia swept the pairs podium at ISU World Junior Figure Skating Championships. Daria Pavliuchenko and Denis Khodykin won the competition in Sofia, followed by  Polina Kostiukovich/Dmitrii Ialin and Anastasia Mishina/Aleksandr Galiamov. The last time we had all Russian podium was in 1986 during the time of USSR.

The champions did two strong programs. Their free performance was based on the movei “Chicago”. The team gathered gathered a total of 180.53 points at their first Junior Worlds. Seconds from the first day, Kostiukovich and Dmitrii Ialin held up their position with total of 167.99 points. The partner fell three times in the free program. Mishina and Galyamov jumped from fourth to third place.