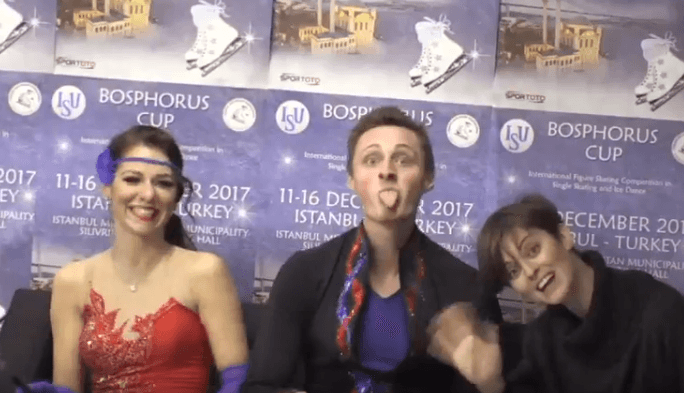 Bulgarian ice dance couples Teodora Markova/Simon Daze and Mina Zdravkova/Christopher Davis (pictured) recorded personal best results at the figure skating tournament in Turkey. Both teams raised their best score by above 10 points. Teddy and Simon finished third, and Mina and Christopher fourth, in the four couples competition. The victory is for the representatives of the hosts Alisa Aganfonova and Alper Uchar.

Markova and Daze finished with 126.50 points, and in the short dance they are very close to the technical minimin for World Championship after having it for the free dance. Zdravkova and Davis have collected 114.57 points. For the couples, the tournament in Istanbul was also a national championship, and the outcome of it should determine which team  will start at the European Championship in Moscow and it looks like this is going to be the couple trained in Canada by Marie-France Dubreiul.

Both teams make a great season and progress race after a race. Teddy and Simon are debutants and the she was individual skater until the summer. Mina and Christopher have already had 3 races in the season and in each of them builds up after only one start in the previous two seasons due to injuries.