Bulgaria qulified another male skater and dance team for Europeans 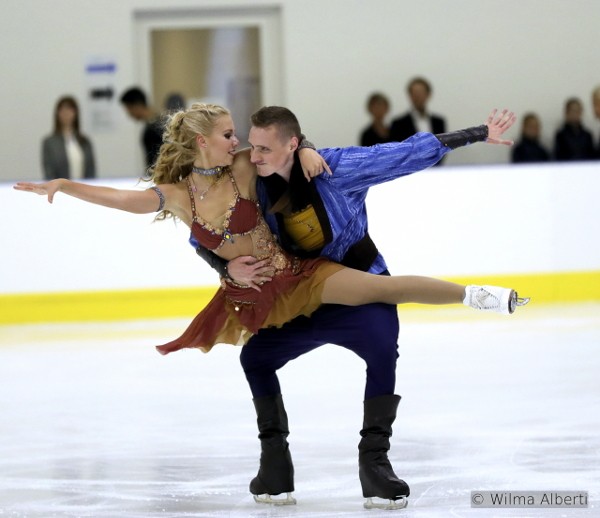 Alexander Zlatkov and the dance couple Mina Zdravkova and Christopher Davis have achieved the technical minimum necessary for quatlification fo the European Figure Skating Championship that be held in Moscow, Russia. The requirement is 19 points for short dance and 29 for free and the team reached it at the Santa Claus Cup in Budapest (Hungary). Our new couple – Teodora Markova and Simon Daze also has the points.

For Mina and Christopher, this is a great success after they have been able to record only two competitions in the last two seasons due to ijuries. They now have twostarts in the fall. In Hungary they finished 10th with a total of 105.58 points. The victory is for Alexandra Nazarova / Maxim Nikitin (Ukraine) before Anna Yanovskaya / Adam Lukas (Hungary) and Natalia Kaliszek / Maksym Spodyriyev (Poland).

Extremely strong competition for men was made by Alexander Zlatkov, who ranked sixth in his second race in this category and recorded an excellent score of 168.38 points. Alex already has the right to participate in the Junior Worlds as well as the Europeans for seniors. In Hungary he did a great performance in both programs.

Daniela Stoeva and Simona Gospodinova tried to gain points for the European championship, but both failed, finishing the 24th and 25th. Daniela, who has three Europeans in his career, has points for a short program yet. The first three are Ivett Toth (Hungary), Loena Hendrickx (Belgium) and Micol Christini (Italy).

Elena Dimitrova is 23rd in the Advance Novice category, ninth in a short program.