Nathan Chen defended his title, we are waiting for the Olympics team 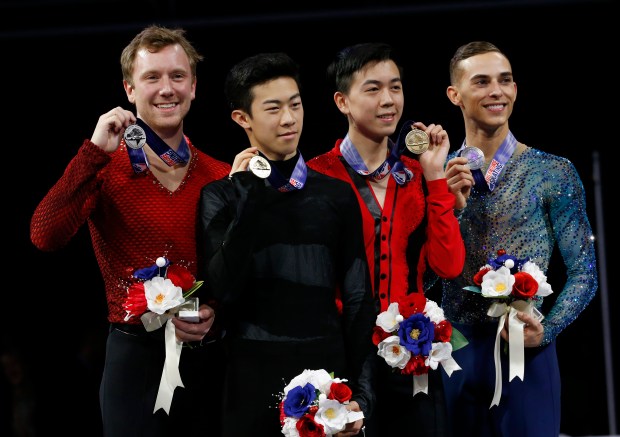 Nathan Chen fully expectedly defended the US figure skating title. Alexa Scimeca-Knierim and Christopher Knrierim returned to the top of the pairs after they missed last season because of an injury.

Chen finished with 315.23 points. In his free program, he completed five quadruple jumps with a positive value, but the triple axle remained single. Hereafter the ranking is quite different from the short. The silver medal is for Ross Miner, who jumped from sixth to second, and bronze is for young Vincent Zhou, who progressed with two positions. Fourth after second place in short was the veteran Adam Rippon, who finished with two single jumps at the end. Grant Hochstein and Jason Brown are following, as Brown was the third on the first day.

So the waiting for the Olympic team is more than interesting. It is certain that Chen will be in it and is a hope for a medal. The US has 3 quotas. It is interesting whether the federation will do like the ladies and will send the first three, or Rippon who makes the season of his career and participated in the Grand Prix finals will be preferred. At the World Championships in 2017, we saw Chen and Brown, who finished sixth and seventh respectively, and won the three quotas.

In couples it seems certain that champions the Knierims will take the only quota. They won their second title with a total of 206.60 points. After them are Tarah Kyane / Danny O’Shea and Deanna Stellato-Dudek / Nathan Batholomay.

Nathan Chen defended his title, we are waiting for the Olympics team was last modified: януари 7th, 2018 by viya

No compromise, Ashley Wagner did not make the Olympic team