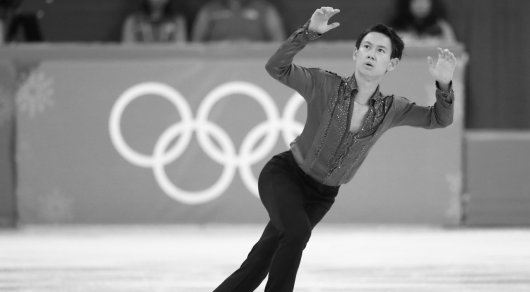 Olympic medalist Denis Ten died at 25 after he was stabbed with knife earlier today. The surgeons were not able to save hid life.

A source at the Ministry of Healthcare has just confirmed the tragic news. “Unfortunately, he is not with us anymore,” spokesman of the ministry Yernar Akimkulov told Kazinform.  He added that the ministry will arrange a press briefing later.

Earlier it was reported that Denis Ten was attacked and stabbed by two unknown men at 3:00 p.m. in Almaty city today. The tragic accident happened at the intersection of Kurmangazy and Baiseitova streets. As a result of the stab wound Denis lost 3 liters of blood. Paramedics rushed him to a hospital where physicians were fighting for his life. He remained in critical condition and was clinging to his life for almost three hours.

Minister of Internal Affairs Kalmukhanbet Kassymov and Minister of Healthcare Yelzhan Birtanov vowed the attack on Denis Ten will be thoroughly investigated.