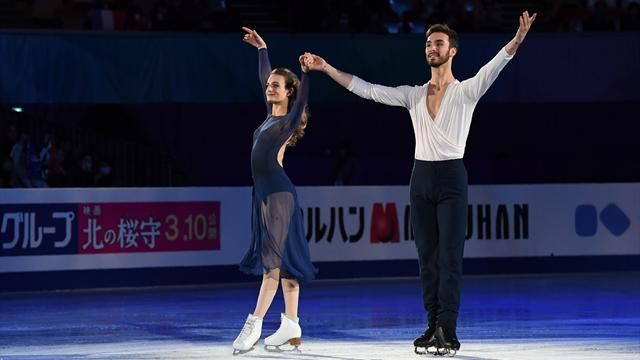 Gabriella Papadakis and Guillaume Sizeron won the Grand Prix in the skating final for the first time in their career. For the first time, they won had over Tessa Virtue and Scott Moir, and this is their third race against each other. Third are brother and sister Maia and Alex Shibutani.

The French team finished with 202.16 points, which is a new world record. Canadians are second with 199.86. In both dances, the outcome of the technique for the two pairs is the same, but the judges gave more bonuses to Gabi and Guillaume. The two couples and fourth-placed Madison Hubbell and Zachary Donohue work together with Marie-France Dubreiul, Patrice Lauzon and Roman Hageunauer.

The US recorded third, fourth and fifth place. Shibutani remained sixth in free dance, but third in the final standings. Fift in final standings and third in second day are Madison Chok and Evan Bates. Anna Capelini and Luca Lanote (Italy) finished sixth.

Papadakis and Sizeron with the first victory over Virtue and Moir was last modified: декември 11th, 2017 by viya