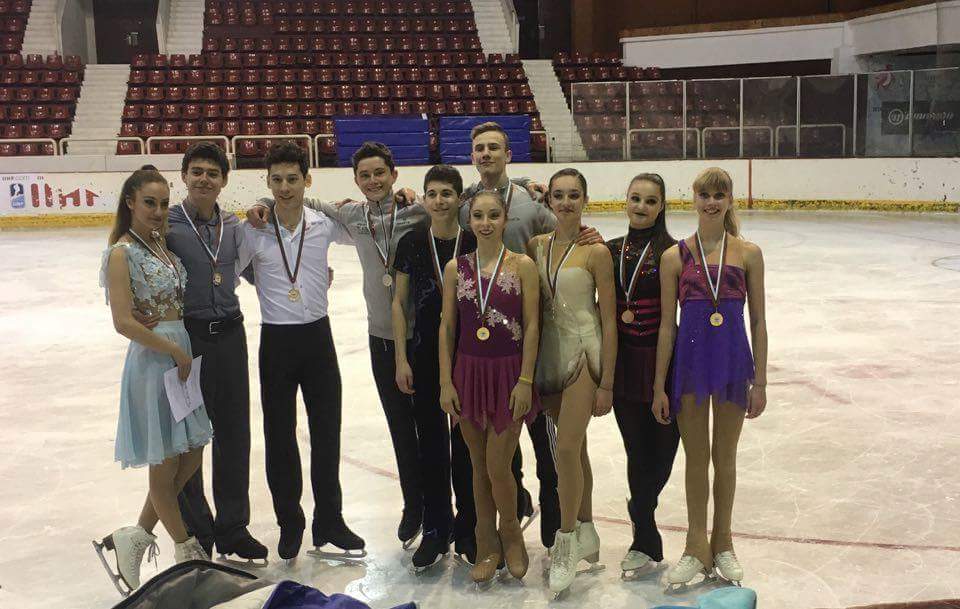 Niki-Leo Obreikov won the Bulgarian Figure Skating Championship for a second consecutive year. In the he ladies event Presiyana Dimitrova won, while the champions for juniors are Alexandra Fergin and Radoslav Marinov.

Obreikov, who as a teenager competed for Sweden, gathered 168.06 points for his two performances and after the success he is expected to start at the European Championship in Moscow in January. Alexander Zlatkov was second with 137.73 points. With Alex, it is interesting that after just two races in men, he covered the technical minimum for participation of Europeans. He is also the favorite for the start of the World Junior Championships in Sofia in March. Ivo Gatovski also has points for Europeans, but did not start at the National Championship.

In the ladies Presiina Dimitrova had a bad first day, but after the free program, won with 121.98 points. She only has the points for Moscow. Second and third are Simona Gospodinova and Svetoslava Riadkova.

Radoslav Marinov, who won in the juniors (class 2), was also found during the season. Lyudmila Mladenova’s student joined this category and demonstrated excellent training. Radi ranked first thanks to the free program and finished with 153.71 points. Second with 151.54 is Vasil Dimitrov. They both like Zlatkov have the points for the Junior Worlds.

In the girls’ championship, Alexandra Feigin recorded another victory. Sasha got 157.40 points and left over 50 behind her Christina Grigorova and Elisa Pancheva.