Maria Petrova: We must keep going and continue working in the name of gymnastics 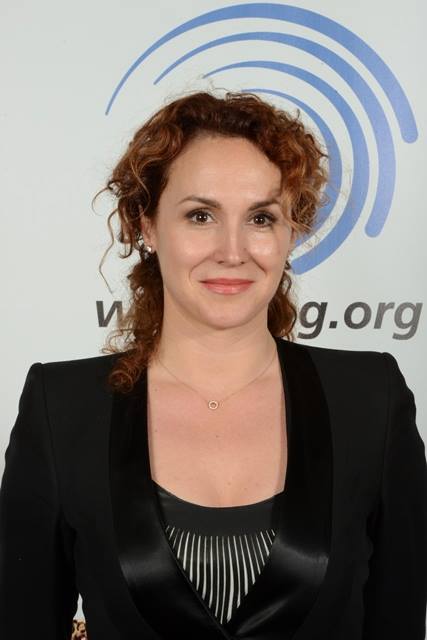 European Gymnastics’ Rhythmic Gymnastics Technical Committee president and Bulgarian RG Federation Vice President Maria Petrova gave an interview to the Bulgarian national radio (BNR), following the decision to greenlight the European Championships in Kyiv, Ukraine. The event, which was originally supposed to take place in May, but was later postponed, will be held from the 26th to the 29th of November.

“It was not an easy decision to make, especially since we’re responsible for the entire European community. Ever since May we’ve been closely monitoring the situation – how the gymnasts have been preparing and how the coronavirus [has been spreading]. What made it even more difficult was that European Gymnastics’ [medical commission] advised us that the pandemic would probably go on for another year, year and a half. However, we decided that we must keep going and continue working in the name of gymnastics and [the responsibility we have towards] gymnasts and coaches.”

Still, the championships will not serve as Olympic qualification as originally planned. Instead, gymnasts will have the chance to win the very last quotas during the 4 World Cups next year and the 2021 Europeans scheduled for June in Varna, Bulgaria, with Petrova stating the experience of organizing the Kyiv event will be used in aid of making the Varna tournament as safe as possible.

“We’ve developed a very detailed medical guidelines document – [it includes] what happens on the delegations’ arrival, how often [the delegation members] will be tested via PCR tests, etc. The rules are fairly strict, which I’m very proud of. I’m also [taking into account] our experience during the 5 national championships that were held in Bulgaria with very strict directives and guidelines. They went very, very well, we just need to get used to the new rules in place.”

Surprisingly, among the 39 countries in the Europeans’ provisional registration, the Russian team is entirely absent, with the federation’s President and head coach Irina Viner-Usmanova comparing participating during a pandemic to suicide. However, shall “sbornaya” change their mind, they’ll only be required to pay a certain fee before being allowed to take part in the event, Petrova confirmed.

Maria Petrova: We must keep going and continue working in the name of gymnastics was last modified: септември 29th, 2020 by Mariya Cherneva