Neshka Robeva: [In Western Europe] Every little brat has their voice heard 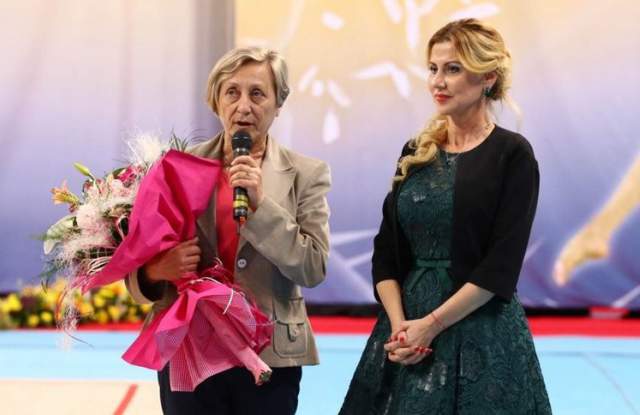 Legendary Bulgarian coach Neshka Robeva, who led numerous Bulgarian individual and group gymnasts to World and European titles, is speaking out in an interview to „Bulgaria Dnes“ („Bulgaria Today“) after the firing of coach Iliana Dineva and her assistant Aneliya Stancheva by the Swiss Gymnastics Federation (STV). While Robeva hasn’t worked with her country’s national team since the late 1990’s and has since been devoted mostly to her club „Levski“, she was invited to head the German group in 2018. Bellow is an excerpt from said interview.

Mrs. Robeva, Bulgarian coach Iliana Dineva was fired as head of the Swiss national team, due to her harsh approach towards one of the gymnasts. What is your opinion on the matter?
„They did the same thing to Vesela Dimitrova too. I was in Germany for a time as well, but I came back a month earlier [before end of contract]. I refuse to work the way they do! Every little brat who decides to do something has their voice heard. Germany had exceptional results during [the time they were led by] Galina Krilenko, they did her dirty similarly. But she was a tough woman and won the lawsuit. Athletes often speculate about the work regimen. All Bulgarian coaches should know not to count on results when leaving to work abroad. Gymnasts fool around, while those in charge wash their hands of it and put the blame on the foreign specialist. You can neither put a physical strain on [gymnasts], nor can you be demanding, but [the leadership] still expects results. It’s all very sketchy.“

When asked whether she thinks Eastern Bloc countries have better results in rhythmic gymnastics due to coaches being trusted there, Robeva replies „It’s all so different now compared to before [the collapse of the Eastern Bloc]. The child who has their parents’ support will be the one who succeeds, no matter the sport. But [the child] has to also have a strong willingness and ambition to accomplish something. Otherwise, nothing will work out, even if the coach is a genius – that’s the reality of the situation. There are many parents who force their kids, when the little ones don’t want [to train]. That can lead to depression. At times, when coaches put in lots of effort, there’s disappointment on both sides. No one should be forced to do something they don’t want to. But when you enter the national team, you need to work hard, you’re already a professional athlete. You can’t not make an effort when they’re paying you [to do so].“

Several of Robeva’s former gymnasts have criticised the regimen they endured during the 70s through 90s, including two-time world champion Bianka Panova, whose autobiographical book „In the name of the big goal – a look behind the scenes“ „offered an insightful look at the price of the fleeting moments of fame on top of the podium“, according to BNR. Robeva, however, does not feel that those methods are inapplicable in present days. „If there’s lots of money [at stake], the athlete will endure higher physical workload. If they are ready to do it for money, theoretically their body is able to endure it. Another side to this is that many of the coaches are [medically] incompetent, so there’s no medical supervision.“

Robeva also talks about training during quarantine „A month or two can in no way affect negatively a good gymnast. The kids [from club „Levski“] trained online, remotely, from their homes, they worked out some details for which we never have time [when training] in the hall. I’m not aware how the national team was preparing, after all they’re the face of gymnastics [in our country], but I’m pleased with what I saw in „Levski“. I’m comfortable knowing I can leave gymnastics, because there are great coaches and gymnasts to replace us.“

Neshka Robeva: [In Western Europe] Every little brat has their voice heard was last modified: юли 23rd, 2020 by Mariya Cherneva

For a New Bulgarian Miracle in Ice...