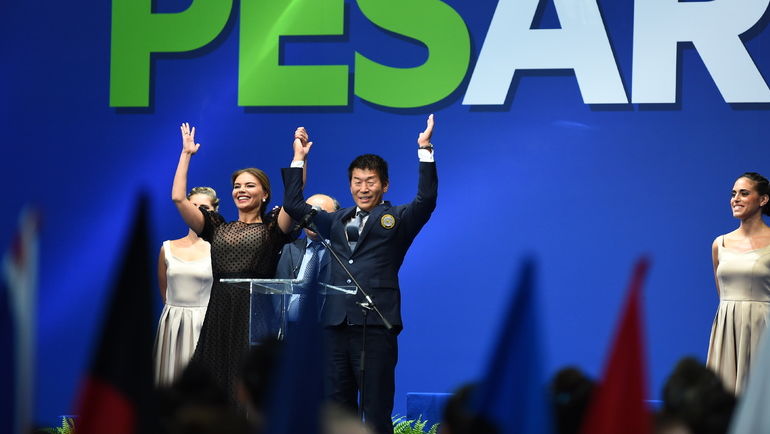 Olympic champion and rhythmic gymnastics ambassador Alina Kabaeva has proposed serious changes in the olympic program of the graceful sport, as well as in its scoring. At a meeting in the FIG HQ’s in Lausanne Kabaeva has introduced some suggestions to make the sport more popular and bring back the long lost fans. Kabaeva is convinced that the olympic medals need to be 4 times the amount they are now – apart from the ones won in the All Around (individual and group), awards to be given out also at event finals, similar to the Artistic Gymnastics event. According to her, this will make more countries interested in the development of rhythmic and in investing money in their competitors.
On the other hand though, the said to be future heir of Irina Viner claims that the sport in its current form isn’t enough “spectacular” – “Sadly, in the moment rhythmic gymnastics is unwatchable, compared to before. Not because of the gymnasts, but because of the rules. There are incredible gymnasts, who can execute not 9 elements [body difficulties], but 15 or 16, or as it was once with us – 18.”

Watch the whole reportage from Lausanne (in Russian):