After bearing the flag in Sochi, Michael Martinez returns to the juniors 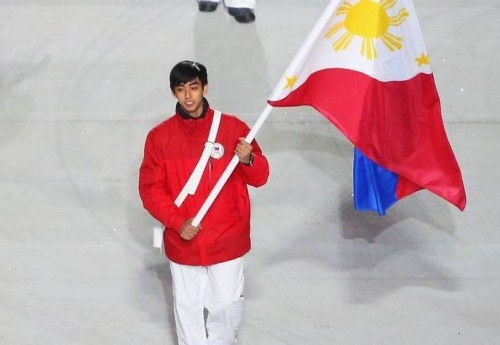 Michael Christian Martinez, who participated in the Sochi Olympics, is coming to Sofia for 2014ISU World Junior Figure Skating Championships. Days ago the Philippines skater finished 19th among the men at the Winter Games and impressed with his performances.

Martinez is the first skater from Southeast Asia and figure skater from the tropical zone to qualify for the Olympics and the only athlete to represent the Philippines at the 2014 Winter Olympics.

His personal story was revealed by media during the Games and the fact that his family had mortgaged their home to finance his Olympic participation, amazed the world.
Michael Christian Martinez was the only one Philippine athlete in Sochi as well as country’s flag bearer. Last year he finished fifth at the Junior Worlds in Milan.

After bearing the flag in Sochi, Michael Martinez returns to the juniors was last modified: февруари 24th, 2014 by viya

From 2013 Junior Worlds to Sochi: 10 skaters made the big jump

Rafael Arutunian: In sports all details are...