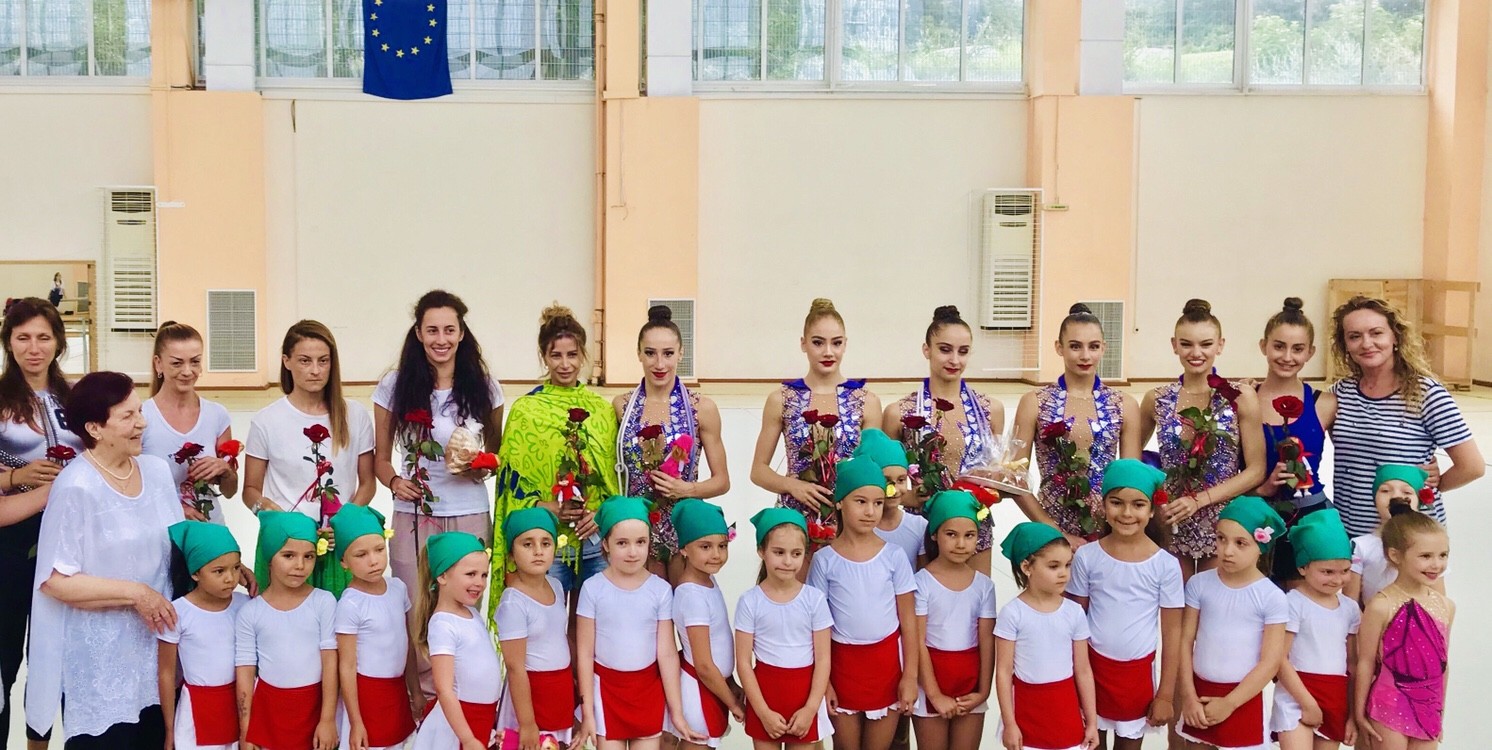 During yesterday’s control training in the National Sport Base “Sportpalace” in Varna, where Bulgaria’s national RG group is having a training camp, the team showed great form and performed splendidly their two routines – the 5 hoops and 3 balls and 2 ropes exercices have undergone minor changes as compared to the Europeans in Guadalajara at the beginning of June, but the girls have already mastered them. Simona Dyankova, Elena Bineva, Laura Traets, Madlen Radukanova, Stefany Kiryakova and Kamelya Stoilova have been preparing for the second part of the season in the seaside city, often called the “maritime capital” of Bulgaria, for more than 2 weeks now, having arrived shortly after their annual camp in Japan.  As we’ve mentioned before, Teodora Alexandrova, whose 17th birthday was yesterday, felt anew a pain in her foot and is now recovering from a surgical intervention. Vesela Dimitrova and Mihaela Maevska’s girls are set to leave tonight for Sofia, with 2 more World Challenge Cups left – in Minsk, BLR (17-19.08.) and Kazan, RUS (24.-26.08), before the start of the highly anticipated World Championships on homeground in Sofia, right before which the group will visit again Varna for about 10 days. Today they received a beautiful send-off by some of the local clubs’ smallest (and cutest) little gymnasts (pictured on the photo).

Videos from the perfomances: