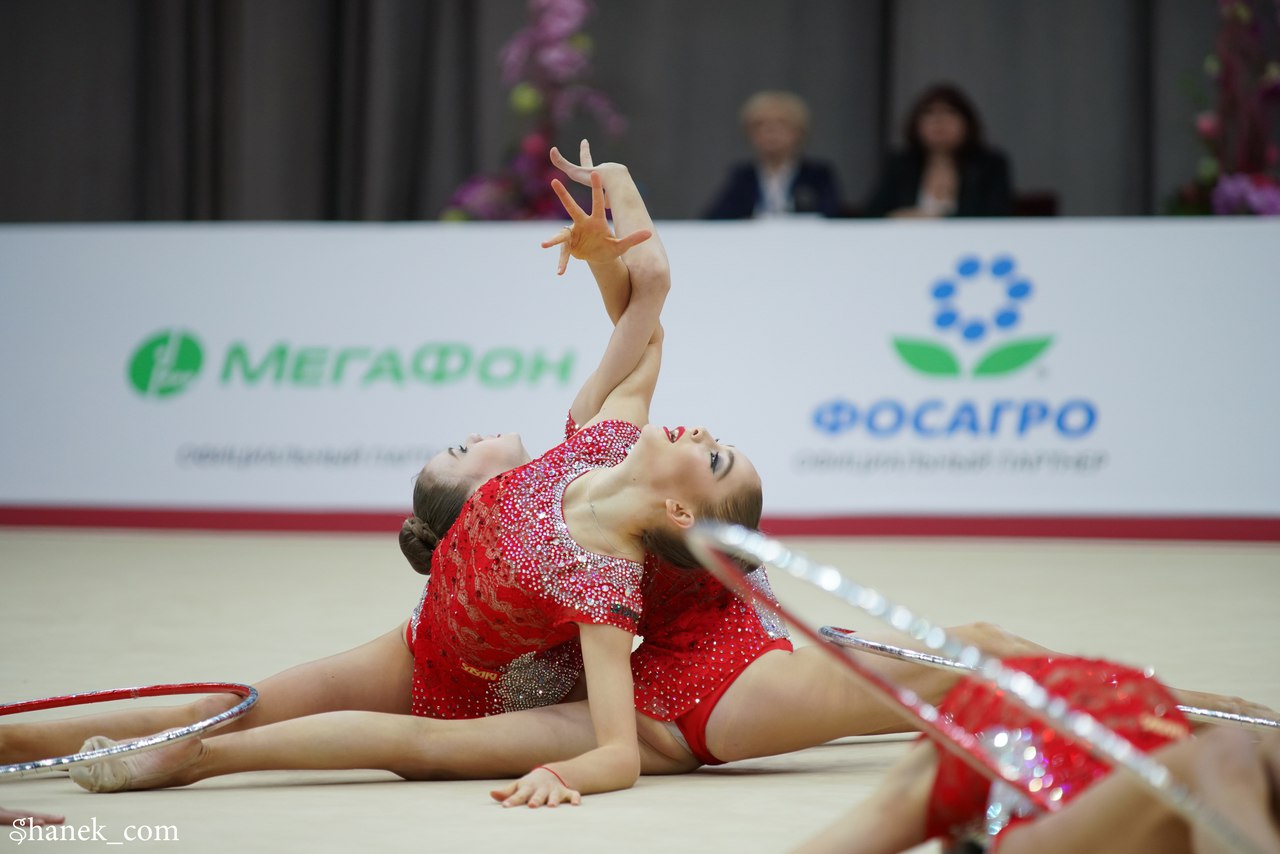 Team Bulgaria has been a crowd favorite since their debut as a group last season – with their gorgeous 5 hoops routine to Havasi’s “Spring Wind” having accumulated millions of views around the social networks. This year the fans agree – they’re even better. The new hoops routine in particular has struck RG lovers with its depth and dramatism resonating in every step and every second of the 2:30 min. performance. The reason behind all of this is the chilling music choice, Thomas Bergersen’s “Starvation” which features two pieces of traditional Bulgarian folklore – “Ayshinko, pilya shareno” and “Bezrodna Nevesta”, performed by the “Mystery of the Bulgarian Voices” choir. All of this is combined with a particular story that head-coach Vesela Dimitrova and her team chose to tell in their composition. “The routine is about women’s sensuality and tenderness, and at the same time – their strength and power. There’s a story behind it.” Dimitrova hinted at the first control training at the end of January. At the Sofia World Cup the president of the Bulgarian rhythmic gymnastics federation Iliana Raeva, when asked which composition she prefers, explained: “They’re both unique, but definitely the hoops, there’s just so, so much depth and creativity there”. But it wasn’t until after the World Cup that the real idea was uncovered in a TV interview by team member Laura Traets: “We’re telling the legend of cape Kaliakra”.

Any Bulgarian could tell you a brief summary of the legend in a heartbeat. In fact, in school it was often taught as an example of women’s bravery and strength. The story behind the origin of the cape’s name, remains near and dear to many of us as we go into adulthood, as tragic as it is.

Hundreds of years ago, during the Ottoman invasion of the sea-side regions, while the invaders were destroying everything and leaving the territory in ruins, they decided to capture 40 maidens to later reward their bravest soldiers with. They chose only the most beautiful ones they saw and imprisoned them at the top of a cape, leaving a guard at the front to keep them from escaping. At night fall they would become the occupators’ victory prizes.
None of the young girls knew each other, but their fate brought them together like sisters. Apalled by the idea of being dishonered by their captors, they spent the whole day looking for any kind of solution. Suddenly, the most courageous one of them, named Kaliakra, pointed out of the window, to the deep Black Sea, as their only salvation. Some were terrified and hesitant, but most of them quickly accepted the idea – no life at all was better than falling in the hands of the invaders.
The sun was just about to set, coloring the waters in a scarlet red, they had to act quickly. They decided to braid their long locks together so that none of them could change their mind. Kaliakra stood in the middle and took the first step to freedom, with the rest of the girls fluttering like a bird’s wings on her sides.

How Vesela Dimitrova gave life to the story:

This year’s hoops routine impressed with how different and more mature it is compared to last season’s composition, but something I personally noticed right away were the starting and ending pose, both of which seemed very particular, too much so for them to be randomly chosen. 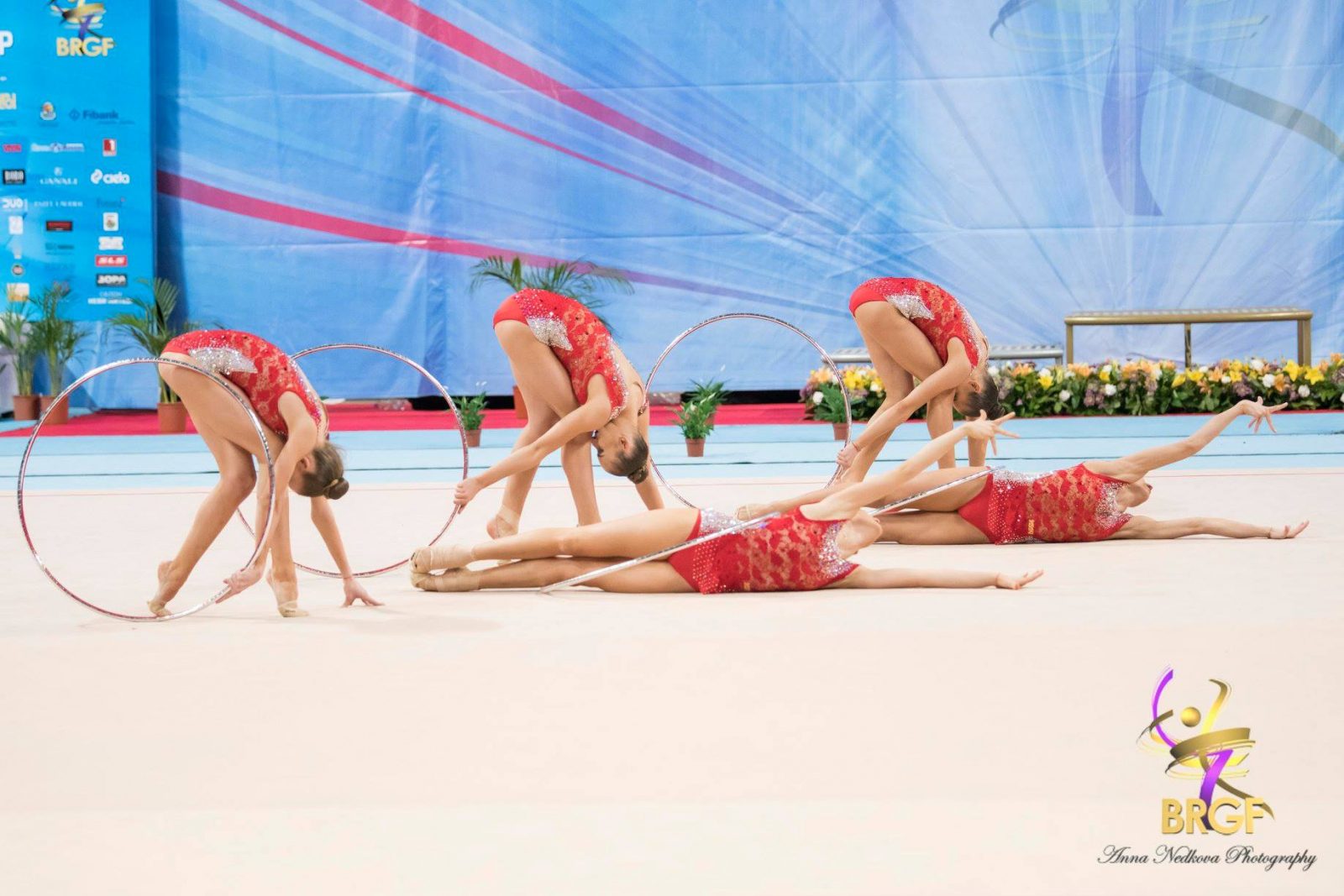 The start pose may have seemed weird and uncharacteristic to many for a long time, but once you’re familiar with the legend, it’s not hard to imagine what Dimitrova was trying to portray – three of the girls are bent over, the position reminding both of a bird ready to spread its wings and a sprinter preparing to run. Along with the other two gymnasts, who are laying on the ground, arms spread as if begging for salvation, it represents the desperation of the maidens and their cry for help from the deep Black Sea.

On the other hand, the ending sequence tells you exactly how the story unfolds – the innocent girls fall to their death in the fiery red waters, entangled in an eternal embrace, saving their pride and innocence. Moments before the dramatic finish we see Alexandrova/Kiryakova and Dyankova performing an element, which strongly resembles diving into the sea and Radukanova’s part of the choreography appears to represent the last gasp for breath of Kaliakra and her sisters by fate. 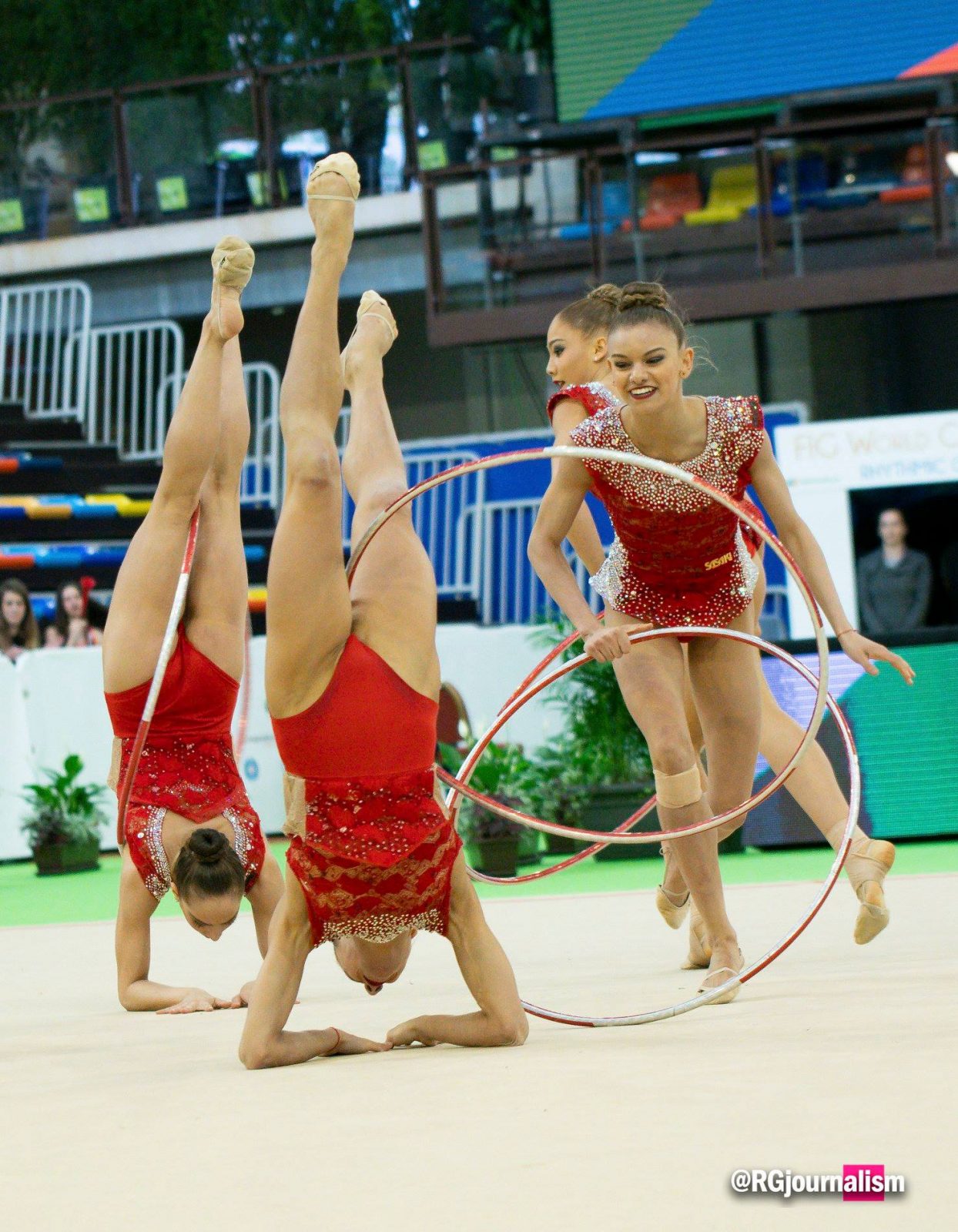 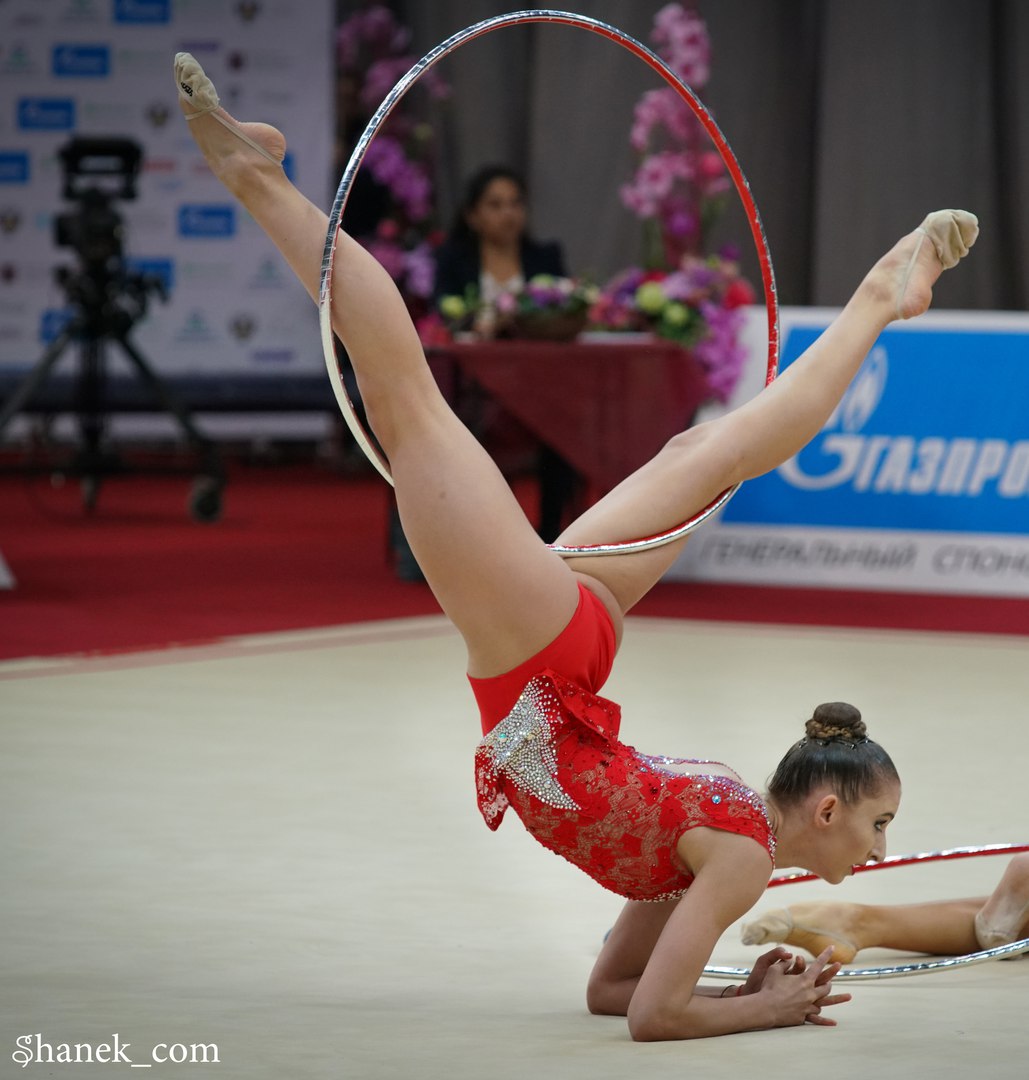 At the same time, during the entire routine there are multiple references to the tale, like in the very beginning (1), when the traditional Bulgarian dance sequence (i.e. walking heel-first) is joined with arms reaching to the heavens, undoubtedly as an unspoken prayer.

Moving on, Stefany/Teodora are seen passing through a hoop (2), very clearly showing the maidens’ dramatic attempt to escape through the window. Later on, Laura Traets performs a similar element (3), only this time it’s a very musically-coordinated leap, brave and fierce, which is one of the reasons I believe she was trusted with the role of Kaliakra. The passing of the same apparatus from one girl to another here symbolizes the way they follow Kaliakra’s example, as she was the one to propose the plan.
And despite the composition being full of extremely difficult elements, grace and artistry aren’t forgotten – since in the “flight” to their freedom, the women bear a striking resemblance to a flock of birds, every move of the arms of the gymnasts is a gentle wave of a bird’s wings (4).

Let’s wish team Bulgaria good luck at the 34th European Championships starting today and that the story they tell continues to touch people around the world.