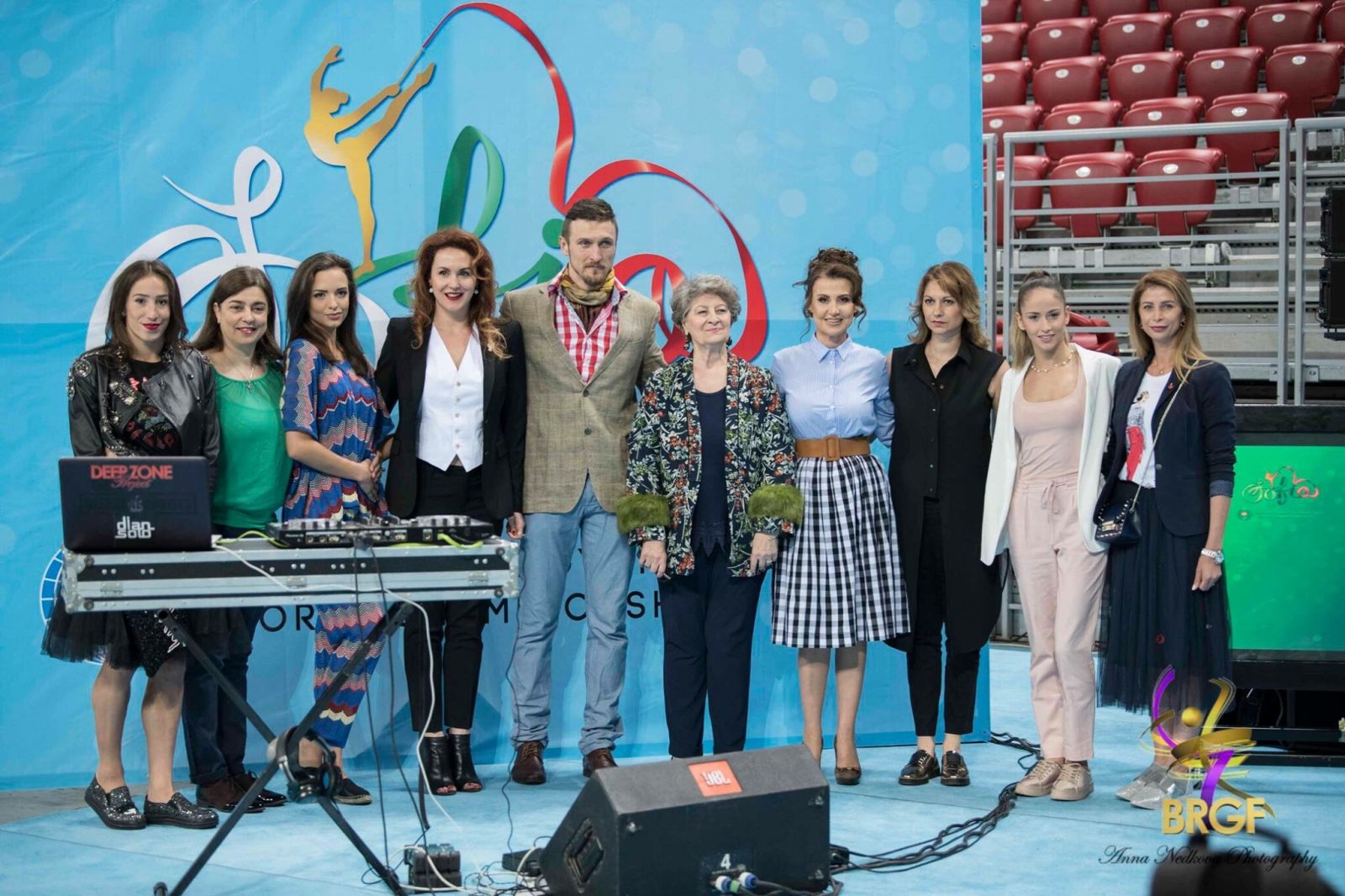 With a little less than 4 months to go till the 36th Rhythmic Gymnastics World Championships, the first official pressconference took place today in the same hall that will welcome 176 individual gymnasts and 36 groups from 54 countries. Officials present included Iliana Raeva, president of the Bulgarian RG Federation, Maria Guigova, 3 time AA World champion and member of the FIG TC, Maria Petrova, vice-president of the BRGF and FIG’s choice for ambassador of the Worlds. Team captains Neviana Vladinova and Simona Dyankova, along with their coaches Branimira Markova and Vesela Dimitrova were also there to express their feeling about such a big event on home-ground. As you know, tickets for the biggest Rhythmic event of the year are already on sale HERE.

The host of the competition will be TV and theater actor and heartthrob Dimo Aleksiev and the official symbol of the tournament will be present in the person of ex-gymnast and participant of the 33rd Worlds in Izmir, Turkey, Radina Filipova. Radina, currently juggling between modeling and judging at RG tournaments, was approached about the project personally by Raeva in a phone call. „I’m very excited to be in this new role, when Mrs. Raeva called me, I felt like flying. I hope I can bring good luck to our girls“. Designer Aleksandar Mihailov continued „This symbol, this mascot is unlike anything you’ve ever seen before. It will be a collective image of the Bulgarian rhythmic gymnastics and its „golden girls“. We’ll complete the character with the symbol of the city – Saint Sofia [and her daughters] – Faith, Hope and Love. Her look will feature elements [of the clothing and image] of Bulgarian queens (czarinas). This way, Radina’s character will become a goddess of the grace.“ Radi will also participate in an 8-minute film, which will be shown at the opening ceremony of the competition, in the video ad, which will be out very soon and in the music video to the official song of the competition. 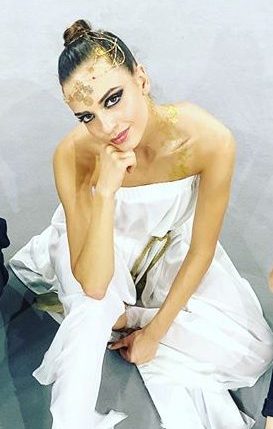 a sneak peek into Radina’s character

The week-long tournament has a tight schedule, with the 4 qualification days set to continue between 10 and 12 hours, but our gymnasts can’t wait to perform for the home crowd. „Each one of us dreamt of having the Worlds in Sofia, now our dream is to perform well. The Bulgarian crowd gives us an amazing energy.“ said Neviana Vladinova. Simona Dyankova continued „We’re still feeling the incredible emotions from the World Cup, it was amazing with this audience.“ Vesela Dimitrova shared that coaching the group is a „dream come true“ and Branimira Markova remembered fondly the last World Championships that took place in Bulgaria, in Varna in 1987 „I have unforgettable memories [from then], it left a very lasting mark in my life and I’ll do everything in my power in order for the girls to do well.“

Another curious fact is that all 74 of Bulgaria’s World Champions (individual and group), along with their coaches are invited to attend the competition as special guests, with gifts for them already in the making. There will also be presents for some lucky members of the audience, the journalists and of course, the gymnasts.

Former gymnast Radina Filipova to be the symbol of the Worlds in Sofia was last modified: май 15th, 2018 by Mariya Cherneva

„The mystery of Bulgarian voices“ and a...